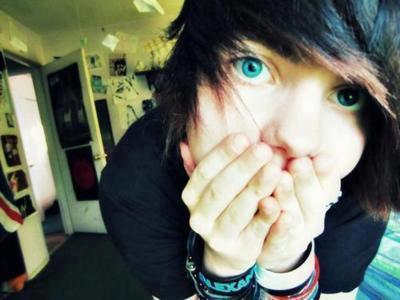 Do you remember the dismal time when it was cool to have a sweet side part,  ironic t-shirts, gauged ears, and liking sad white boy music? To be honest,  I thought this trend died years ago, since it seems like all the scene queens finally put down their rubber bracelets, and moved on to the next subculture.

So now we have hipsters, which seemed to be a natural progression for some of these emos who didn’t end up joining the army or popping a few kids out.  I was recently informed of this band called Blood on the Dance Floor, and  felt a certain kind of unwelcome nostalgia, actually, it felt more like the aftermath of too much taco bell and a night of binge drinking. Is this kind of thing still popular? MILLIONS of people have watched their new videos on YouTube, and it terrifies me.

Warning: Video contains auto-tuned vocals, neon, scene hair, and may cause bleeding of the ears and/or eyes:
http://www.youtube.com/watch?v=NPm-N9e2ZDg

Okay, so if you saw the 2012 Warped Tour Roster, you would have probably felt this shock too, since it seems like the line-up hasn’t changed since 2005. I remember begging my mom to go to the 2001 Warped Tour to go see AFI and Rancid, now it’s like a  juggalo gathering for disco haircore bands. I’m not sure who listens to this stuff, I assume they’re probably under the age of 18 though. I guess I thought that  by now there would be a new trend compromising the youths into giving up their identities.

I guess part of getting older is not understanding what the young folks like (e.g. dubstep) and reminiscing about the good ole days, nursing home, here I come.