Stupid as it may sound, graffiti is a phenomenon very close to my heart. Sure it’s goofy, but at the same time infinitely complex and enriching to the right set of eyes. Without writing an essay or sounding overly complex, I really have no way of explaining my affinity for graffiti in a concise way.

So, taking a cue from the mighty Kurt Vonnegut, I’ve decided to step outside the realm of the sane and interview myself. Oddly appropriate considering the schizophrenic nature of the topic. Anyways, bear with me, (us?) as I do my best to flesh this out. 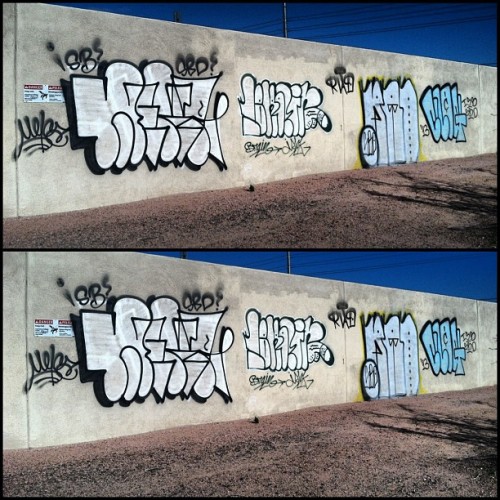