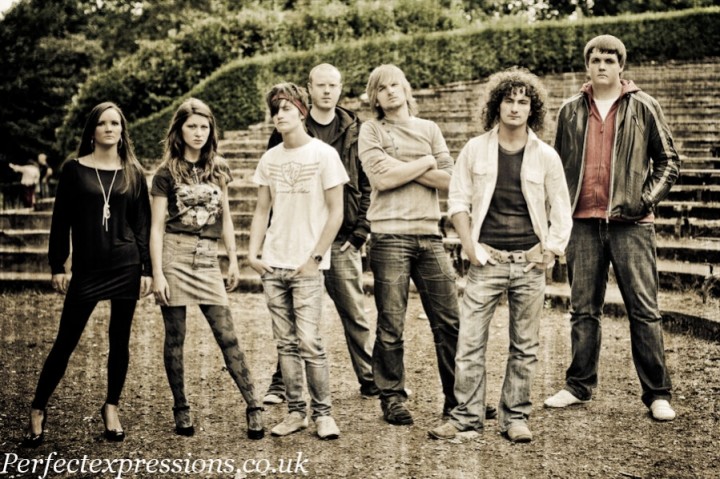 When I was in high school I was fairly active in the music scene out in Phoenix. I would spend my weekends heading to shows at places called “The Hot Box”, “The Modified” and “The One Place”. Whether I liked the bands or not I simply enjoyed the feeling of being around other musically orientated people who had a penchant for skinny jeans, clove cigarettes, and vodka in water bottles. I’ve been to about a million CD releases and even a played a couple shows with a group of my buddies in a “grindcore” band. But now that I am a little bit older I’m just too damn lazy to come to every show that makes it’s way across my Facebook feed. I get messages from people who I haven’t spoken to in years who will start a faux-conversation that looks something like this…

Lead Singer : Michael! Wow, long time no see how are you doing!

Lead Singer: That’s fascinating man… hey so if you aren’t doing anything this Friday you should come down to the Fuzz Bucket and see my band Puss Nugget.

Lead Singer: It’s like a mix between Arcade Fire, Neil Young, and a little Justice. I think you’d really dig it.

Lead Singer: It’s only $15 and a two drink minimum we’re opening up for Meat Coat Parade, they’re signed to Retrograde Records it’s a big show for us.

Lead Singer: Great! I hope to see you there!

The truth is I’m very particular about the music I choose to listen to and even more particular about the musical acts I choose to see live. I’m a big Fiona Apple fan but when she came into town I declined the invitation to attend her concert because I’m not so sure seeing Fiona live would be that awesome… for me at least. On the other hand, Turquoise Jeep is coming into town and I am gladly shelling out $30 to see Yung Humma belt out “Smang It”. But I digress.  In actuality I’m done going to shows unless  A. I really like your music or B. it’s your first show. A friend of mine recently played a DJ set at a bar near my place and it was fucking awesome but it was only awesome because I dig his music not because I was doing this guy a favor by half-heartedly swaying to his Conor Oberst style crooning. So I have compiled a list of reasons why I am not attending your show this Saturday, for everybody who has sent me an event invitation for the next “Moombahton Massive” or “Folk Fest”.

This is one of the most painful things for me to do. Whenever I see a friend perform and I sincerely do not enjoy their performance I always feel obligated to give at least one positive note. Whether I am watching a band that is super sloppy or a friend who just started doing stand-up comedy I hate feigning a smile and picking one detail out of their set to compliment them on. “It was so good man! I really liked the way your pedal board was set up!”

I’d rather just go to a bar

Perhaps a little alcoholic of me, but when it comes to the weekend I’d much rather hang out at a bar or a friend’s place and throw back a couple beers. I like having good conversation with my friends and I can’t do that if your nu-disco tracks are blasting me in the face.

We aren’t even friends

I know we may have played beer pong together when I was 17 but that is literally the only experience we have ever shared.

I am much more willing to see your band play if the show is at a bar and there is no cover. The problem with seeing a local band is they are typically opening for a much more expensive headliner. You might think that Chimichanga Circus is worth $25 but I have never heard of this band and chances are I’m just going to leave after your show.

I have a show

Chances are I probably have a show on the same day… so if you could swing by after your show I promise it will be a good time. We’re kind of mix between Explosions in the Sky and Haddaway