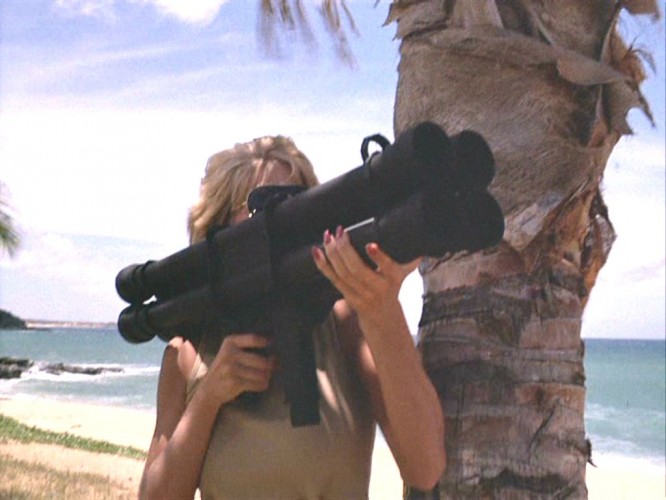 This gem comes from 1991’s aptly titled “Whore” which can be viewed in it’s entirety on YouTube.

From 1987’s Hard Ticket To Hawaii, this wonderfully pulpy movie jumps between strange sexual innuendo and violent frisbee murder. The guy has a gun, why doesn’t he kill the Aryan gangster with his gun?

I have never seen Samurai Cop, but if this scene is any indication, it appears to be a terrible Jean Claude Van Damme ripoff with a Fabio lookalike.

Gymkata is a movie that should have never been made. In the 1980’s  gymnastic saw a rise in popularity following the 1980 Summer Olympics. Hollywood producers tried to capitalize on this by casting former Olympian Kurt Thomas as a crime fighting gymnast who has to venture into some Hunger Games-esque land to win some prize. It’s convoluted as all hell. Here is a scene where our hero fights off zombie witches on a conveniently placed  pommel horse.

I have know idea what movie this is but  I want to see it.