Despite the modern 3D printing industry being more than 30 years old, the full capacity of the technology’s capabilities is still being explored. As the technology improves, utilisation of 3D printing is becoming viable in more industries and the units are increasingly influential. Here we look at five ways 3D printing could change your life. 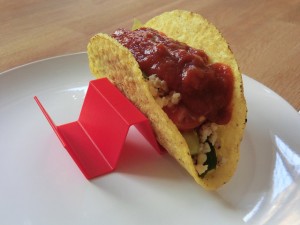 Pizza and ice cream are not just favourites at children’s birthday parties – they are also two of the first foods to be created using a 3D printer. Early experiments into the development of foodstuffs using 3D printing could revolutionise grocery shopping, cooking and food services.

The 3D printed pizza was developed by NASA with the intention of providing delicious sustenance to astronauts whilst in space. Creating a viable source of sustenance for long missions into space could even make distant journeys more plausible than previously thought. Revolutionising children’s parties as well as our understanding of the entire universe.

As IKEA’s flat-pack offerings dominate the current furniture industry, 3D printing could take the crown and completely revolutionise the furniture stores in the coming years. Customisable furnishings may be developed from home 3D printers or centralised printing stations to help homeowners and office managers develop their perfect furnishing solution. Printer outlets such as Printerland have already begun stocking 3D printers for use in the home and small office environment.

A selection of furniture suppliers are already implementing the technology to improve their output.

From 3D printed genetic tissue to artificial limbs and organs; 3D printers could revolutionise modern medicine and transplant science. Despite the moral, ethical and political questions which may be raised during the implementation of artificially-created organs and body parts, a number of companies, universities and hospitals have started to research the technology. Surgeons in Southampton General Hospital used a 3D printed hip during replacement surgery and medical researchers Organovo have already begun the process of trying to commercialise 3D printed liver tissue.

The Exchange of Intellectual Property 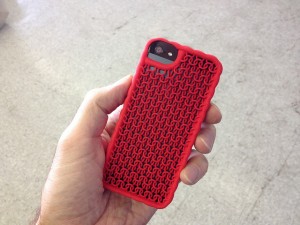 ‘Give a man a fish and you feed him for a day; teach a man to fish and you feed him for a lifetime’. This parable can be applied in warning tones to businesses looking to monetise the exchange of 3D printing software and services. Supplying software for a single-use 3D print outs could result in the software being pirated around multiple consumers – reducing the profitability and viability of the technology.

For 3D printing to maximise its potential profitability, the suppliers will need to be careful, intelligent and savvy with the information they provide.

Accruing a sizeable stock and acquiring a storage space to keep all this stock is one of the biggest overheads for start-up e-commerce businesses and one of the biggest strains on finances. A 3D printer could revolutionise this need with the e-commerce business capable of instantly producing the stock as and when an order is received. This will drastically reduce the storage space necessitated and the output for stock before orders are received.

This could help benefit smaller e-commerce businesses compete with large retailers such as Amazon in the race to stock products at the lowest price available.