Apple users need to prepare for yet another new operating system. The iOS 9 will be released on September 16th and the major update is said to improve performance for your iPhone, iPad, and iPod. 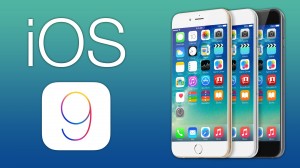 The latest major update comes with improved Siri responses and improved search tools. It was introduced on June 8th and brings subtle changes that will greatly enhance optimization and performance. Not all Apple users have been impressed with past updates, but hopefully Apple has taken feedback from users into consideration and makes this update better than ever. One cool new feature for iPads is the split-screen multitasking function, so that is a good sign.

The new update will allow devices to pick up on the users habits and take that information to make recommendations and opening applications before needed. I am not quite sure how this is going to be work, but the iOS 9 really focuses on using intelligence to make users’ lives run more smoothly with the help of their iOS devices.

Siri is going to come with new features like new ways to search for photos and videos. There is also a new function called Siri Suggestions, which puts popular contacts and applications conveniently at the tip of your fingers.

Users can also expect an all-new system wide font and new features to help extend battery life. The new update will give users the option to use an iCloud drive app and also improved applications with new features. The Notes application will include new checklists and sketching features.

Of course the iOS 9 update will not be 100 percent perfect, but if some of these features work like they are supposed to, getting the update will be well worth it. I am excited to see what users will think of the new update and just how much better it is than the previous update.