Cheltenham is the pinnacle of National Hunt racing, and in March, for four days and 27 races, the country will be provided with another spectacularly entertaining event at Prestbury Park. The festival continues to be the most competitive and popular event in the National Hunt racing calendar and this year will be no different.

Finding potential winners to stake money on can be tricky but there’s plenty of action and entertainment on hand to easily have a sensational trip to Cheltenham Festival over a four day period. No matter which day you choose to go, this extravagant event is sure to please you with thrills and enjoyment from the races themselves, the entertainment, fine dining and plenty more. 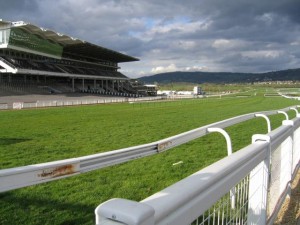 The big race of the opening day at Cheltenham is the prestigious Champion Hurdle, with millions tuning in to see the beginning of this superb event. Last year’s champion Jezki will be aiming to retain his crown in 2015, but he looks set to face a tough opposition, with The New One and upcoming star Faugheen vying to steal his title. The opening day is a monumental occasion for any Cheltenham-goer, whether you’re a seasoned fanatic or a newcomer, the buzz of opening day is always electric. You’ll feel the electric atmosphere and be a part of the famous Cheltenham roar as the racing kicks off.

Day two sees the Queen Mother Champion Chase as the main event, a race which was won by recent greats such as Sprinter Sacre and Moscow Flyer. Arriving at Cheltenham on this second day, you can witness the best two-milers fly over the fences at Cheltenham, which is one of the best sights of the festival.

The big race of day three is the World Hurdle, dominated recently by Big Buck’s, but last year saw More of That and Annie Power battling it out, with More of That edging it on the famous hill. Other highlights for punters to enjoy are the best novice and open chasers and several fiercely contended handicaps. With so much racing taking place across the four days it can be hard to keep up with the exhilarating pace, but with Coral you can keep up to speed with all of the latest and breaking news and tips for the fantastic festival of racing. Those travelling to this magnificent event can follow all the latest Cheltenham updates and news, as well as those watching the action from the comfort of their own home. 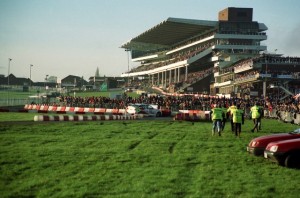 The final day is all about one thing, the Cheltenham Gold Cup. Not only is it the biggest race of the event, but it is also the most prestigious of the whole season. This is where true legends of racing are made, with the likes of Kauto Star amongst recent winners. The 2015 Gold Cup could be one of the most exciting renewals in recent seasons, bringing a tantalising festival to a close on the final day of your amazing adventure at Cheltenham.