The Late Show with Stephen Colbert premiered on Tuesday and Colbert nailed it. Over 6.6 million viewers tuned and it looks like Colbert might become the king of late night talk shows. 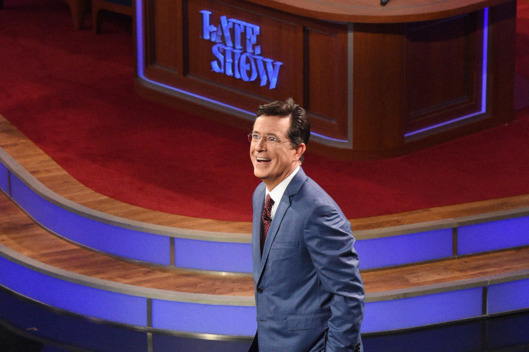 Stephen Colbert got his start on the Daily Show with Jon Stewart. He went on to host his own successful show, The Colbert Report. It really was no surprise that Colbert would take over hosting duties for The Late Show, but a lot of fans were a litter nervous to see how the show would turn out.

David Letterman recently hosted the Late Show from 1993-2015. Letterman helped put the show on the map and made the late night talk show a huge success. Colbert has some big shoes to fill, but he has proved to be the right guy for the job after 3 nights of hilarious shows. 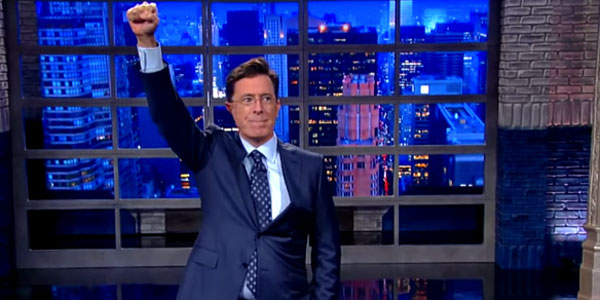 The successful comedian, writer and host is extremely funny and I think he is going to make the celebrities open up more and have some fun. Colbert had George Clooney and Jeb Bush on the show his first night and he had a lot of fun with them. He also interviewed Scarlett Johansson and Joe Biden this week and it was very entertaining.

The first few episodes have been more like Colbert’s previous show than The Late Show with David Letterman. I think a lot of Colbert’s fans were afraid that he may change his ways a lot to fit the show’s mold, but I think a lot of fans are happy to see that the show is more in the format of The Colbert Report and it is the same Colbert we all know and love. 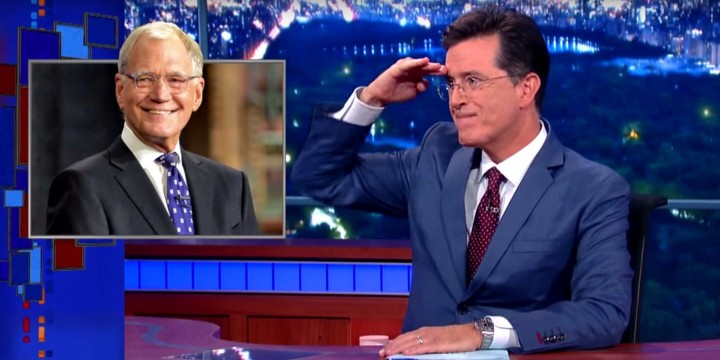 Colbert even had a funny scene with late night host competitor Jimmy Fallon and took some jabs at Donald Trump. I am so excited to see what this season has in store for The Late Show with Stephen Colbert; so far I am a huge fan.