Love the Daily Show? Catch up on one of the most epic marathons by watching every single episode of the Daily Show. Comedy Central is currently streaming all 17 years of the classic news show on their website. 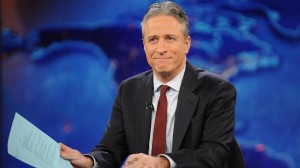 John Stewart is a classic and so is the Daily Show. The show will come to an end later this summer, but before then, Comedy Central is streaming over 2,500 episodes on their website. It started on the 26th of June and will run for 42 days.

The marathon is called the Month of Zen and can let fan relive all of their favorite moments from the iconic show. John Steward premiered as the host back in 1999 and will host his last show on August 6th. In September, Trevor Noah will take over Stewart’s duties.

Stewart has been on countless movies and shows, but his best role is being the host of the Daily Show. He is very passionate, opinionated and knowledgeable which makes him the best at talking about current events that actually matter. It is a very popular news outlet among young adults and I think it is good way to get the younger generation to be engaged and interested in current events. It will be very sad to see John Stewart leave The Daily Show.

But Stewart isn’t the only good thing about the show. The writes and correspondents are terrific and they all really come together to produce an awesome show. So hopefully they can keep it going with the new host. A lot of people have actually gotten their start on the show and have gone on to do their own things that have been pretty successful.

The critically acclaimed show has been recognized across the globe. It is the winner of many awards and will go down as one of the best news shows of all time.