David Grohl, lead singer of the Foo Fighters, is 46-years-old, but can still rock it. He rose to stardom as the drummer in Nirvana starting in 1990. In 1994, he formed the band the Foo Fighters and they are still performing all across the world. 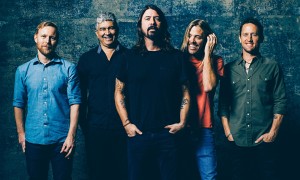 Courtesy of The Guardian

Recently, the Foo Fighters played a show in Sweden when something awful happened. Grohl tripped and fell off the stage at the beginning of the show.  Grohl laid on his back in front of the stage telling fans he think he broke his leg. He promised the audience that as long as the doctors said it was ok, he would return to the stage to finish out the show. And the badass did just that.

As he was taken back stage for medical attention, the rest of the band kept rocking it out. Grohl returned to the stage on a stretcher wearing bandages on his right foot. But this didn’t slow the Foo Fighters down. 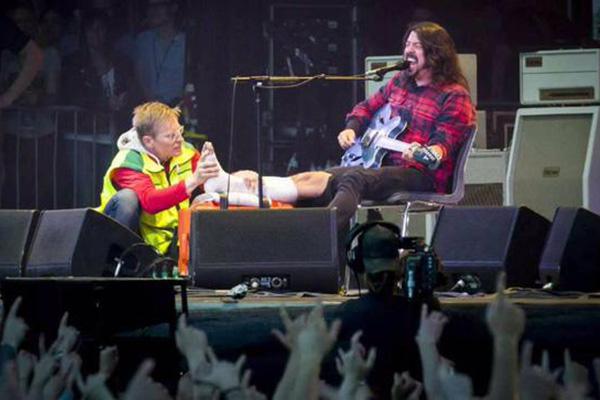 Courtesy of The Chive

The Foo Fighters are one of my favorite bands and I have so much more respect for the whole band, especially Grohl. I think it was awesome for the band to keep playing while Grohl was off getting medical attention. It was even more awesome when Grohl returned to the stage, even though I am sure he was in a lot of pain. He even played the guitar while singing away.

After the concert, he went to a local hospital where they verified that he did in fact break his leg. Unfortunately, this leads to the Foo Fighters canceling two upcoming shows in Europe.

Knowing how much the Foo Fighters love their fans, I am sure they will find a way to make it up to them.