The Ford MoDe:Flex is the latest prototype released by Ford from their electric bike series. The series is complete with three electric bikes, but the newest might have to be the coolest. Not only does it look good, it comes with some awesome features.

The bike’s frame has the ability to fold down and can easily be stored and also charged in any new Ford vehicle. It looks like an average everyday commuter bike, but the bike comes with an electric motor and battery. 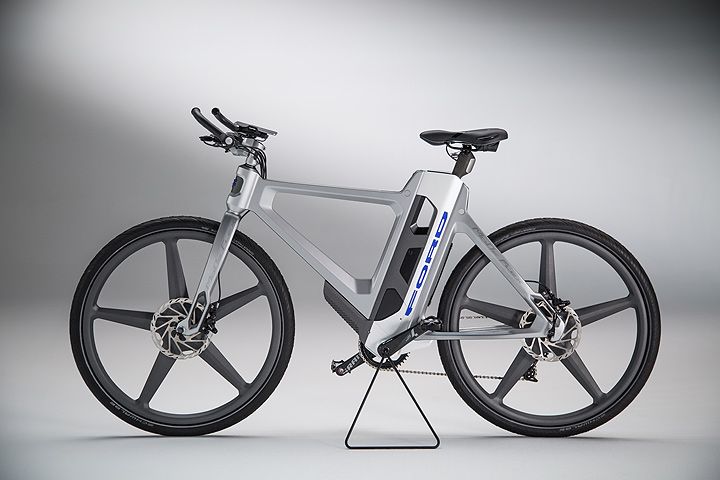 The MoDe:Flex is designed to be used on the road, in the mountains or through the city. It is pretty much three bikes in one. The technology is really out of this world. The bike can be linked to any Smartphone for some cool capabilities. Not only does it have pristine navigation, it can keep track of weather, commute time or any delays ahead. It is the perfect bike to ride to and from work. Especially because of the no sweat mode featured on the bike. In this mode, the bike boosts the motor when it detects the heart rate going up. This will help to prevent the rider from sweating. This could be the future of transportation.

I know a lot of avid bikers would be interested in purchasing this electric bike. I have no idea how much something like this would run, but I don’t see your everyday Joe wanting to spend an arm and a leg for something like this. It really is a cool idea and I hope that it does become popular so Ford will actually make something besides a prototype.

The Ford bike was designed with busy commuters in mind. It is supposed to offer a cheaper and easier way to commute. You never know, this idea could take off and you could be seeing electric bikes being sold at a dealership near you.