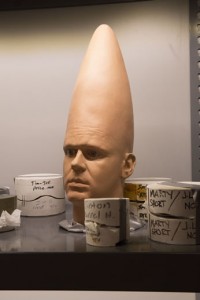 Mark Lach, the show’s Creative Director, recently opened the exhibit in New York City to give fans a chance to get a closer look at the iconic show. Actual props from the show are displayed along with backstage photos, scripts and more.

The Wayne’s World set is even on display and fans can get the chance to sit on Wayne’s famous couch. Guests can also see memorabilia from the show like Will Ferrell and Cheri Oteri’s Spartan cheerleader uniforms. You can also see props used by other cast members like Chevy Chase and Dana Carvey.

The cast wall is full of head shots of all of the famous casts members throughout the shows 40 years. The exhibit also shows well-known characters from the show like Coneheads, Land Shark and Church Lady. Sets from Celebrity Jeopardy, Church Lady and SNL’s Home Base are on display as well. 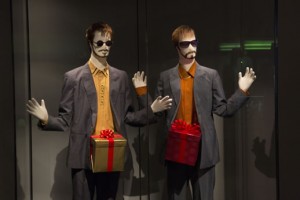 The exhibit gives fans the chance to see what it is like to plan the Saturday night show on a tight schedule. It takes guests from Monday through Saturday and portrays what it is like to get ready each day for the big event. The show has always been known for superstar hosts and you will be able to take a look back at the history of the hosts and cast members that have made the show so popular. You can even check out Justin Timberlake’s Dick in the Box prop.

Tickets are only $29 dollars for adults. More information can be found at the SNL Exhibit website.