John Lennon’s rare 1961 Gibson is set to be auctioned off in November. The acoustic guitar could break records at the auction in Beverly Hills. The guitar was missing over 50 years. 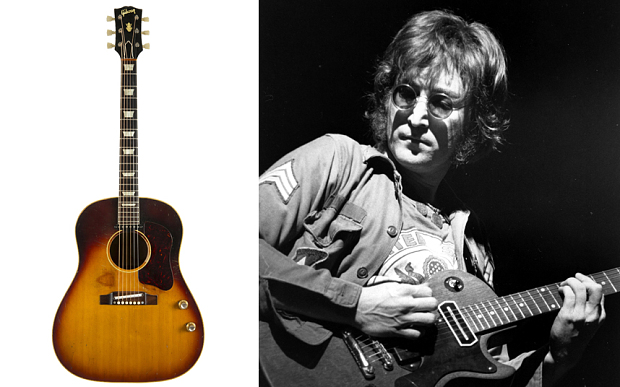 Lennon purchased the 1961 jumbo J-160E acoustic Gibson in Liverpool. It went missing in 1963 after the Beatles performed their Christmas show in Finsbury Park. It was found 50 years later and was purchased by John McCaw in a second-hand store in the U.S. The guitar has been authenticated and is supposed to be the real deal.

It is said that Lennon used the Gibson to record the song Love Me Do and also used it to perform at live shows and during writing sessions. It is a huge find to come across a John Lennon item. They are not very common because people tend to keep the items of his that they have found.

Since John Lennon items are not common, it is not surprising that his rare guitar that was once lost will go for so much. I could see another musician or someone in the music industry purchasing this. It is definitely an incredible item to own for one of a kind legend.

One Response to “Lennon’s Lost Guitar Being Auctioned”