Fans of the Foo Fighters in Italy sure are dedicated. A group of 1,000 musicians in the small town of Cesena came together to put on one epic performance in honor of David Grohl and the rest of the Fighters.

Fabio Zaffagnini organized a team of musicians to pull off a mass sing-along that went viral and grabbed the attention of the Foo Fighters, especially the band’s front man Grohl. Zaffagnini got inspiration from the movie School of Rock and raised over $50,000 to make his dream a reality. 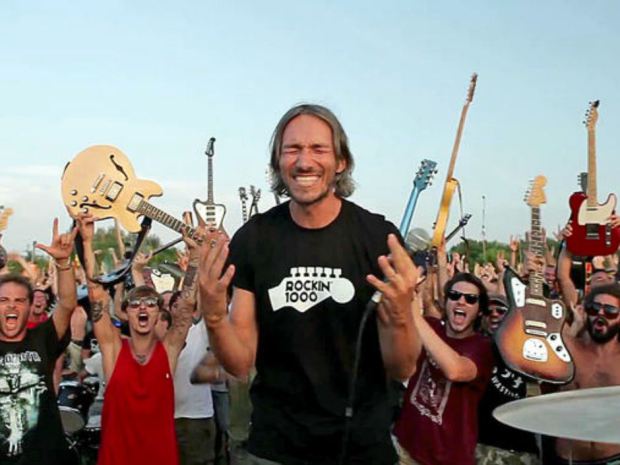 The Foo Fighters have never performed in Cesena and Zaffagnini thought it would be cool if he could see them live in his hometown. Zaffagnini got the idea when he was driving and listening to a Foo Fighters song. He thought it would be awesome to see them rock his home city just east of Florence. So he decided the best way to get the band’s attention would be to have a group of musicians play the band’s hit song Learn to Fly.

The video went viral a little over a week ago and has already had an impressive 18 million views. Even Grohl himself responded and promised that the band would travel to Cesena to play a show in the future.

Zaffagnini admits that he cried like a baby after seeing the reaction from the video. We are all looking forward to seeing the video of when the Foo Fighters travel to Italy and perform for Zaffagnini and his crew.

Check out the awesome video: