Disney has released an official Star Wars app that give fans the ultimate experience. The app brings Star Wars fans news, sound clops, trivia, notifications for trailers and movie releases and so much more. 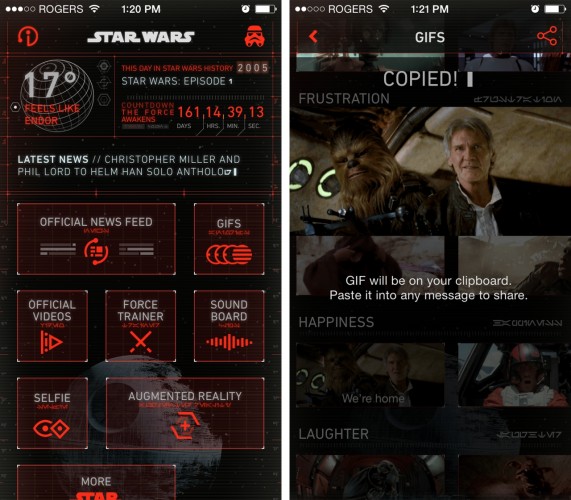 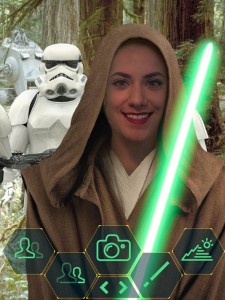 The app gives announcements like the announcement of the new standalone Hans Solo film directed by the Lego Movie’s Phil Lord and Chris Miller, the release of the new novel Star Wars: Dark Disciple and the upcoming Star Wars: The Force Awakens film being released December 18th this year.

Fans can also play a sound clip of Darth Vader’s, “What?!” in response to those annoying questions and comments. It also has a give-day weather forecast to look like it is from one of the planets in Star Wars to keep fans connected to a galaxy far, far away. The app allows fans to unlock 3D characters from the new Star Wars movie using a special augmented reality camera.

One of the coolest features the app offers is the Star Wars themed selfie mode. You can take a selfie in famous costumes in settings from the films like Jedi, Princess Leia (hair buns and all), Han Solo’s carbon freeze and much more.

Some even better news for fans, the app is free!