Cyber Monday is tomorrow and it is the perfect day for people to score awesome deals without having to battle all of the crowds that Black Friday brings. Most retail stores participate in Cyber Monday and this year you can score some sweet electronics at their best prices. Check out these amazing deals from major retailers. 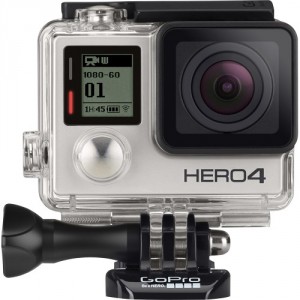 Best Buy
Best Buy is offering $100 discounts on select HP and Lenovo computers, plus $100 off on iMac and MacBook computers, which is pretty cool since it is hard to find Macs on sale. You can also score a 65-inch LG UHD smart TV for $2,000. One of their best eals is a GoPro Hero4 in Silver for $400, but it comes with a 64GB memory card and an $80 Best Buy gift card. You can find more deals on Best Buy’s website.

Amazon
Amazon has a ton of terrific deals on all types of electronics like a 48-inch UHD T home theater bundle that comes with a TV and sound bar for under $600. Or you can also get a 28-inch TCL Roku Smart TV for just $170. They are also offering an Amazon Echo Bluetooth speaker featuring Alexa for $149 and an Amazon Fire TV for $75. Check out Amazon for more deals. 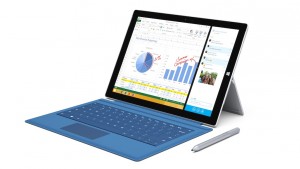 Wal-Mart
Wal-Mart is kicking of their Cyber Monday a day early with their 2,000 online deals starting today at 5:00 p.m. eastern time. Some of their deals include Beats by Dre Drenched Solo headphones for only $99. You can also get a Microsoft Surface Pro 3 for $599 or a 50-inch Samsung 108-o for $498. For Star Wars fans, they can score the Playstation 4 Star Wars Console Bundle that comes with four Star Wars games for $399. All of the deals are on Wal-Mart’s website.

Target
Target is offering 15 percent off of everything with the promo code “CYBER15” and this deal can be used on top of all of their other deals. They have a 48-inch Samsung Ultra HD TV with a $100 Target gift card for only $600. You can also score all Sennheiser headphones at 50 percent off. For $200, they are offering a Nintendo 3DS XL with a Super Smash Bros game. More deals can be found on Target’s website.