The Black Keys are a popular American rock duo that consists of Dan Auerbach and Patrick Carney. Their success has been proved by huge international tours, multiple hit singles and albums and various award wins. 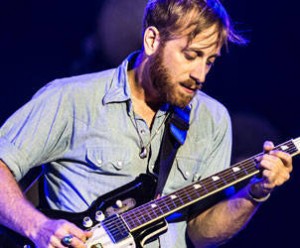 American rock duo, The Black Keys have been active in the music industry since the year of 2001 and have built up a loyal fan base over the years. Originating from Ohio, their music consists of indie rock, garage rock and blues rock genres. They started out independently self producing and recording their own songs, but they went on to become one of the biggest garage rock bands in the 2010s when the genre had a second wave of popularity.

With musical influences from Robert Johnson, Howlin’ Wolf and Junior Kimbrough, the duo put on a fantastic live show that is well worth seeing. They visit a number of different countries around the world so it should be easy to find a concert near you. Keep an eye out for the latest tour dates.

The Black Keys tickets tend to sell out very quickly due to high demand therefore it is recommended to order them as soon as possible after they are released in order to avoid missing out. If you are a rock fan, you will love watching this duo perform some of their biggest hits live in concert. Over the years, they have released two EPs, eight studio albums, twenty singles, and even a live album. Some of their most popular singles include Tighten Up, Lonely Boy, Fever and Gold on the Ceiling, but they have had various chart successes throughout their career.

The duo consists of Dan Auerbach on guitar, vocals, piano, bass guitar, organ, synthesiser and keys, and Patrick Carney on drums and percussion. Sometimes they are joined by touring band members, most recently Richard Swift on bass guitar and vocals, and John Clement Wood on vocals, keys, organ, guitar, synthesiser and tambourine. Having a live band to back you up in concert is important as it can boost your current sound to a larger audience and create more of a wow factor, so arena shows can be great for impact. See the duo perform some of their biggest hit singles in concert and you will not be disappointed at all.

The duo’s success has been recognised via various awards, including Grammy wins for Tighten Up as Best Rock Performance by a Duo or Group with Vocal, Best Alternative Music Album and Best Recording Package for Brothers, Best Rock Performance and Best Rock Song for Lonely Boy, and Best Rock Album for El Camino, amongst multiple nominations. Other awards include MTV Video Music Awards and BRIT Award. Their talent has been recognised all over the world and their international fan base continues to grow as they tour in many different countries. Be sure to check them out when they visit a city near you in the UK very soon.