It takes a certain type of person to regularly engage in risky behaviour – whether that involves driving recklessly, taking part in extreme sports, taking drugs, drinking too much alcohol or gambling. 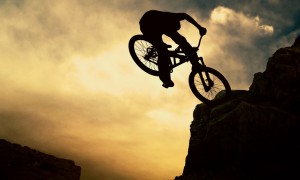 So why do we take risks? Is there a psychological catalyst at play? We spoke to Dr Lisa Dorn, a driver behaviour expert and academic at Cranfield University who also presented the BBC One Road Rage School series about risk takers in a psychological sense.

She told us that the main attractions for those taking risks include: it makes them feel good and the belief they look good to others, it gives them a sense of control over an uncertain world, and it provides them with a sense of freedom.

When considering risk taking behaviour, Lisa explained: “Thrill seeking creates an increase in excitement and therefore the standard effects of the benefits of excitement on the body and the brain can be a starting point.

“Many studies have shown that this component of personality is related to taking various risks, in pursuing dangerous sports and leading a risky lifestyle such as alcohol, drug use and unsafe sex.”

Lisa used reckless drivers as an example for risk taking behaviour: “For drivers, high sensation seeking is related to road traffic crashes, traffic offences, driving while under the influence, speeding, not wearing seatbelts, illegal overtaking, and a variety of other unsafe driving behaviours.”

So is risk taking a personal trait? Is it something that is embedded in our genes and wiring, or is it something created from environmental influences and picked up from other people? We asked Lisa about this concept, considering two identical twin boys, one who plays it safe and the other who enjoys taking risks.

“There are strong associations between the personalities of identical twins but in theory you could have one twin as a risk taker and one who plays it safe. This may be the product of some early experience in which the risk taking twin learned that living on the edge was fun and vice versa for the ‘play it safe’ twin.” Lisa said, confirming that risk taking could be heavily influenced by environmental factors and outside influences.

So, one twin could have enjoyed the thrill of risk taking behaviour and become more conditioned to behaving this way. The other twin may not have linked risk with pleasure or may have witnessed risk taking that had gone wrong and so considered risk taking a negative thing.

However, Lisa also confirmed that young males actually “tend to have stronger sensation seeking characteristics and this can lead to thrill seeking tendencies behind the wheel. This means that [they] have an urge to increase their excitement levels by taking risks whilst driving.

“Sensation seeking refers to one’s preference for novel experiences and a willingness to take risks. Thus, high sensation seeking might lead to risk taking because of the thrill it provides.”

Over in Texas, adults and children alike take the plunge into a seemingly bottomless natural swimming plot, called Jacob’s Well, which has claimed eight divers’ lives so far. Looking over the edge, you can see no end to the black hole of water, but people regularly take the plunge into its depths.

So is it possible to cure someone who readily takes risks and enjoys the rush they feel while putting themselves or even other people in danger? Dr Lisa thinks that this is something that can be achieved in theory: “[It] depends on their motivation to change. If they do not see any dis-benefits of taking risks it is difficult to influence behaviour. Rewarding them for safe [behaviour] might be influential.”