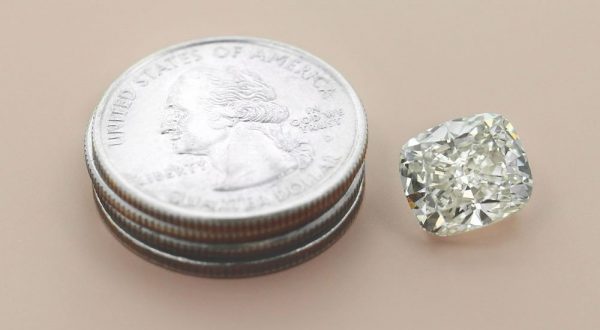 We wrote an article here on Modern Thrill a few months ago talking about the different cuts of diamond that are available to people who are looking to get an engagement ring. Today, I’m going to tell you to completely ignore that piece – Diamonds have a multitude of issues associated with them and in many cases, there are much better alternatives. Let’s get into it, shall we?

There are many mistakes that a man can make such as not taking out the trash, forgetting an anniversary, getting caught on PornMD and not offering his beautiful partner at least one foot massage on a weekly basis. These are all things that a guy can consciously avoid, but buying a diamond ring is often something people just take for granted and don’t think twice about: after all, it’s a custom as old as time itself, right? Wrong!

De Beers has long been considered an authority on engagement rings: after all, they promoted the entire concept of these things to American society back in 1938! Yup, that’s right: De Beers saw that the prices of diamonds throughout the Great Depression were sinking to new lows and only around 10% of engagement rings contained a diamond. They started a public awareness campaign about diamonds which discussed the four Cs (clarity, cut, color and carats) and soon after, their product became much more popular as a stone of choice for marriage proposals.

Many people in recent years have looked at unethical business practices in the diamond industry and have decided that other stones are far better and more desirable than diamonds. One popular alternative worth considering is sapphire – brilliant colors, historically important and available in a large array of shapes and sizes. Some modern sapphire outlets stock gems as large as 70 carats – although those will cost you quite a pretty penny!

One thing I should stress is that if you absolutely must purchase a diamond and I cannot convince you otherwise, please get an artificial one. These can cost much less, are sourced ethically and look just as good as the ‘real’ thing. In fact, synthetic diamond production is on the rise owing to demand from consumers that want a custom-made gem. Did you know that you can even get a memorial diamond which is grown from the ashes of a loved one?

It’s a crazy world we live in with dozens of options – just make sure the one you pick doesn’t involve De Beers!