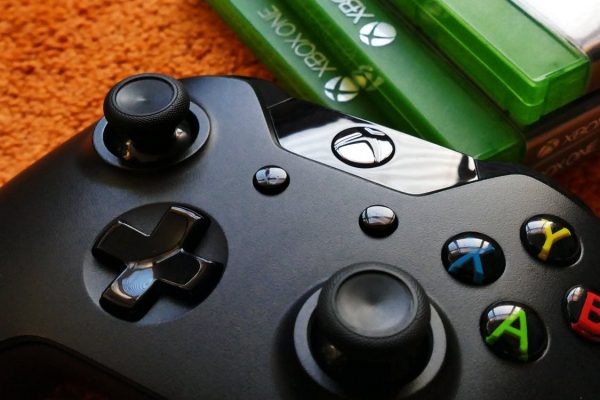 Do you ever get that overwhelming feeling that games are taking over your life? This is a little different than spending twelve straight hours sitting in one spot. Binging on video games is no different than in any other medium. Addiction comes into play when that binging becomes an everyday thing.

10. Time Passes Without You Knowing

Did you start playing a game on Monday and now all of a sudden it is Tuesday? Do you remember the last time you had a meal? Heck, when is the last time you slept? All of these things point to a problem with addiction. This isn’t isolated to a specific type of game, as both RPG’s and multiplayer games have similar addictive tendencies. When you can’t account for the multiple days or hours that pass while you sit, then step away from the controller.

9. You Get Offended By Terminology

If you spend a lot of time correcting people on how to pronounce Geralt, then take a deep breath- you’ve got a problem. Saying Geralt, Zelda or Mario the wrong way shouldn’t invite such violent opposition. You’ll often see this when parents try to say the name of game characters to their teens only to get dismissed with an insult. Now imagine that same behaviour between two adults. There is nothing wrong with being passionate about something. But when that passion causes a conniption fit, then there are issues.

Getting fat that situates in your stomach area opens you up to a lot of chronic conditions. Bad posture is the reason why a gut is a horrible addition for someone that plays a lot of video games. When you spend hours in a sitting position, circulation is being cut off to key areas. Now imagine how much the fat in your stomach restricts blood flow. It is a dangerous combination that gets worse when addicted, as hours of gaming can literally shut down the body’s vital areas.

7. Are Your Eyes Burning?

Technology didn’t invent night mode for heavy gamers. When the screen automatically adapts, it is to help with reading. Constant gaming is going to cause eye strain no matter what, so it is very little you can do to prevent it. It becomes a problem when your eyes are bloodshot red, watering and you’re squeezing that controller until you get to a safe area. When your body is reacting so violently to staring at a screen and you’re powering through it, then take a break.

6. You Reference Video Games In Your Real Life

This one is a bit of a sore spot since it applies to all media. Who hasn’t referenced their favourite television show or movie? But there is no denying that video games are still not on the same notoriety level as other forms of entertainment. Trying to be sarcastic in a conversation by quoting a video game is like trying to use a meme on your grandparents. If people outside if your gamer circle don’t get your references, then it is time to back off of the sauce.

Nagging is aggravating, but within the word salad of complaints, there is always a little truth. When your loved one is constantly telling you that gaming is all you do, then guess what? Gaming is probably all that you do. There is an even bigger problem to develop from that if you’ve been ignoring them each time they said that! Put the controller down and have a conversation with the person you care about to see if their complaints are valid.

There is nothing wrong with skipping out on a couple of meetups here and there. Technology gets a pass when it has a small learning curve. Read more about new technology, and discover why it is a  good reason to spend the afternoon tinkering with settings. The problem is when those social actions become secondary to your gaming interaction. No one is asking you to be the king of socializing, but there is no reason to continually blow people off so you can get some extra game time in. There are exceptions to the rule-skipping out on socializing with people that annoy you is 100% okay, and a valid reason to go back into your shell.

3. Work Begins To Pile Up

The reason Whales are a thing has to do with their time being more important than money. When people refer to videogame whales, they are referring to people who fund video games with a ridiculous amount of money to avoid wasting time. This is considered a controversial opinion, but since whales understand the importance of their own time they can’t possibly be addicted to video games. On the opposite side, people that forego their real job and turn video games into a grindathon are more than likely addicted.

2. You Don’t Recognize Yourself

Take a look in the mirror. Do you recognize the person in the reflection? This isn’t about being fat or skinny and has more to do with the last time you actually looked at yourself in the mirror. Hygiene is one of the first things to go when you’re addicted to video games. If you can let go of yourself for days and not even think of the consequences, then video games have taken over your judgement.

This brings the conversation back to Whales, in a way. There is a myth that all Whales are rich and have disposable income. Sometimes people that spend money on games don’t have the money to spend in the first place. They borrow from priority funds like bills and look to finance their current gaming habit. When this is left unchecked, you will always play catch up to your financial responsibilities.

Your online life doesn’t have to be a replacement for your personal life. When addiction comes into play, it is time to make a real change. WOW, addiction is well known, but video game addiction is still lurking in other areas. Learn moderation and enjoy your games!