For the sake of discussion, let’s take a moment to consider the best series of 2012 between two of the best series currently airing that share a lot in common. Who would win in a fight? Let’s touch gloves and find out. 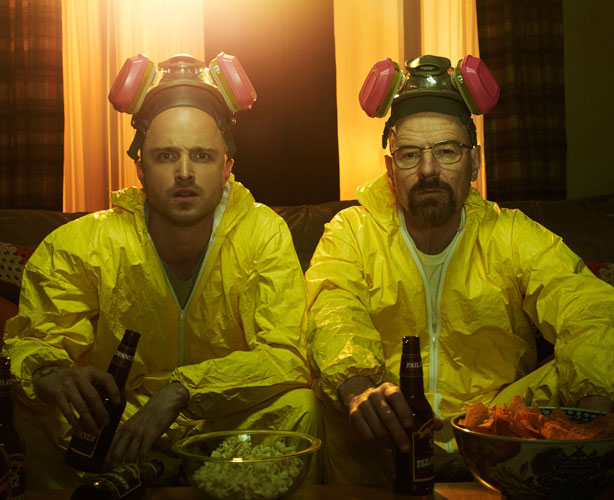 How high are the stakes?

When the series began, family was everything to Walter White. Stemming from circumstances forcing compromise or total loss all throughout his life, Walt eventually seeks something he can reign supreme over. His cancer and understanding of advanced chemistry circumvent that talent for cooking the highest concentrated meth available anywhere on the market. Unfortunately a monopoly has the adverse effect of shattering any semblance of family, calling harsh scrutiny over the motivation behind Walt’s criminal activity. It’s physically draining just to watch the spiral. And when Walt wisely elects to shelf his operation for good, his brother in law, Hank, a DEA agent following the case since the series began years, discovers the identity of his ringleader. It’s clear Walter White has lost, but the scope of which is yet to be revealed with the final season airing next year.

The fear of a major act of domestic terrorism became a permanent reality following September 11th, and no series echoes the psychological fallout of that tragedy better than Homeland. If Carrie Mathison’s crazy theories can be believed and not simply attributed to her perpetually unstable mental health, American POW Nicholas Brody is working closely with terrorist organizations to orchestrate a large scale attack of impossible proportions. Things get increasingly tense when Brody climbs the ranks of public office to become a viable candidate for vice president. It seems like a cheap hypothetical spurned only by the most disillusioned conspiracy theorist, yet Homeland presents it as something entirely plausible. 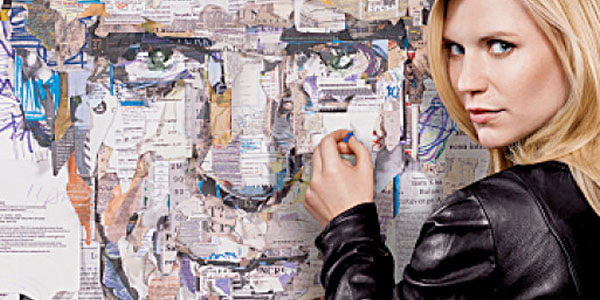 There’s perhaps no other show in existence that so expertly depicts one man’s genuine descent into darkness quite so well as Breaking Bad. It’s a slow burn effect the creators were only able to achieve over several engrossing seasons. Remember when we used to feel sorry for Walt? At his core, he was a family man – his decision to start cooking ice grounded in a wanton desire to be a capable provider to his family, something a teacher’s salary simply could not accomplish. The problem? Walter White never intended to beat his bleak diagnosis, his measured survival borrowing time to sell off his soul entirely. It’s a fascinating character study unlike anything else on television.

The world kind of forgot how great Claire Danes was. It took about four hours for her to solidify her role as the most believably crazy protagonist on television. Watching Carrie flounder in a world that doesn’t understand her condition leaves users feeling hopelessly anxious, an uncomfortably addictive feeling reminiscent of watching chunks of 24. Why can’t Carrie just get her shit together? Who knew a genius way of playing that tiresome convention of ‘crazy person was right all along!’ could be heightened so well simply by making said person actually batshit insane.

Hardcore fans of the show are well aware Jesse was never originally intended to live on much past the first season. It seems hard to believe, considering how important the elements of duality & contrast has been between Jesse and Mr. White – both men’s experience in trafficking drugs responsible for significant transformations. Originally amounting to little more than a dead head, Jesse quickly became the heart of the show as his compassion for others, children in particular, started to bleed through his corroding exterior.

Saul has a certain knack for losing credibility one moment by keeping Carrie at arm length due to her obsessive nature and then flipping the script entirely, rushing to her aid as she’s willingly strapped down to a hospital bed about to have her brain fried, urging her to think clearly despite the world around her crumbling to bits. There’s perhaps no person that knows Carrie’s true nature better than Saul, insight that transposes his relationship with her as more of a father figure. Like Jesse, Saul is best considered a reflection of the audience – a voice of reason in an otherwise irrational setting.

Breaking Bad, according to many, is still the best currently airing show on television. It’s had the advantage of additional seasons to further develop characters and craft a narrative. Homeland seems poised to grab the reins from Breaking Bad when the show ends in 2013. In a relatively short expanse of time, Homeland has established itself as a legitimate contender. It just remains to be seen whether or not a show setting the bar so high so early will be able to sustain itself.

One Response to “The Battle of Breaking Bad and Homeland”