When starting an ecommerce business, there are several important things that you should consider. The competitive nature of the online marketplace is one of the main factors. You should know the needs of your customers, differentiate yourself from the competition, and have an exit strategy in place. After you have chosen the niche you’ll be… Read more »

An online business is anything that occurs over the Internet. This could be anything from buying and selling goods to specific companies. However, in this article, we will discuss the important aspects of running an online business. Then, we’ll talk about how to make the most of your promotional activities, manage your social media accounts,… Read more »

Despite being a relative newcomer to the digital animation industry, Skydance has established itself as one of the fastest-growing companies in the industry. David Ellison started Skydance Media in Santa Monica, California, which has been producing non-animated films since 2006, including Mission Impossible: Fallout, True Grit, Top Gun: Maverick, Transformers: Rise of the Beasts, and… Read more »

When you’re planning an event, one of the things you have to take into account is portable restrooms. You need to make sure that there are enough of them for everyone who will be attending, and that they are in a convenient location. They can be found by visiting somewhere like www.satelliteindustries.com.  To define what… Read more » 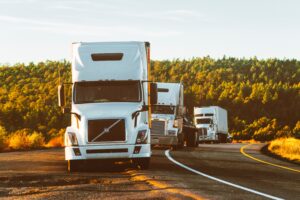 When you manage and run a fleet of drives, their safety should be your number one priority. Not only could they be putting other road users and pedestrians in danger, but they could also cause damage to the reputation of your business with every accident that occurs. Not to mention, there could be all sorts… Read more »

Connect with your audiences across various channels and platforms with one single tool.  Image courtesy of Pixabay.  Cross-channel marketing is an effective way to reach your audiences where they’re most active. Whether that’s on social media, through email, SMS messaging, or another channel — they can all work together with a cross-channel mindset. By creating… Read more »