Apple’s latest operating system was just released last week and the company is already saying it is the most successful update they have ever had. I think it is a little soon to be saying that, but from the reviews I have come across, the latest update doesn’t disappoint. 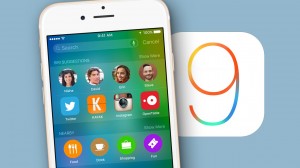 Users won’t really see a big difference, but there are some little updates that will make them happy. When you are on your main screen and swipe left, you will find the Siri Suggestions screen. This new feature is really cool and really handy.  The design is great and it actually works. You can use it to store shortcuts to commonly used apps so it really helps you find things faster. The feature will also give you suggestions on a variety of things so you do not have to spend your time searching.

Apple has said that the iOs9 will allow devices to pick up on the users habits and take that information to make recommendations and opening applications before needed. It is a little early to tell if this function is useful. It is going to take some time for users’ habits to be recognized, but hopefully we will know soon how with this feature works.

One positive thins is the new system wide font and updated app icons makes the phone look more pleasant and appealing. So far, users have said that the latest update has improved battery life and system performances, which was another thing promised by Apple.

The new iPhone s6 and iPhone s6  plus will automatically come with iOS 9 and that is when the real magic is supposed to happen. The new phone will come with even more features supported by iOS 9. I guess time will tell!