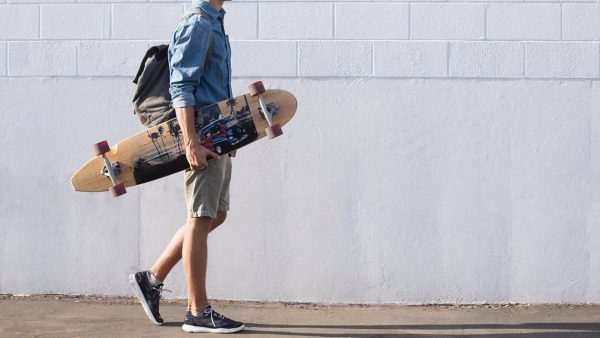 The Golden State has a well-earned place as a cultural leader the world over. It’s not just because of Hollywood either. While the word “fashion” may be more likely to conjure up images of Paris, Milan, or even Tokyo, chances are most of the items in your wardrobe today are directly influenced or popularized by casual California apparel. It may not be the first region that comes to mind when one thinks of style or fashion, California is a veritable cultural giant when it comes to casual clothing.

Don’t believe us? Here are just some clothing items popular throughout the world thanks to timeless Cali-cool.

1.) Raglan shirts
Raglan sleeves were certainly not invented in California. They were a brainchild of a British Army officer, FitzRoy James Henry Somerset, otherwise known as Lord Raglan, after having lost an arm fighting against Napoleon at The Battle of Waterloo. He wanted to keep using a sword after he recuperated and he and his tailor came up with the iconic sleeve with seams that came down from the neck so he wouldn’t be restricted in his range of motion.

As it so happened, the sleeve was perfect for other activities where a full range of motion was needed, such as baseball.  This later on led to the development of the ¾ sleeve raglan tee, which offered even less binding at the cuffs during heavy activity. This style of shirt became a favorite of California skaters and surfers throughout the late 60s through the 80s and even the present day. With the worldwide boom in surfing and skating these shirts later became popular everywhere.

Skate shoes are now a veritable casual cool classic, owing their popularity to the California skateboarders who captured the world’s imagination in the 70s and 80s. Tough, affordable, and stylish, these skate shoes today come in different types and are often the preferred footwear of different counterculture movements, from cutting-edge hype beasts to old-school punk rockers.

Everyone knows about the iconic San Francisco-based brand that has come to be almost synonymous with jeans and denim. Jeans are a testament to California’s rough and tumble past, being a necessity and fact of life for miners who needed durable clothing during the 1849 Gold Rush.

While they certainly became a standard piece of workwear, later on, it wasn’t until the 1950s when Hollywood stars such as James Dean and Marlon Brando made jeans a timeless California apparel classic, the former appearing in movies that also happened to be based in California.

From Del Norte to Monterey, if there is one item of clothing other than jeans that could be considered somewhat of a uniform in California, it has to be hoodies. While they were developed for East Coast meatpackers in the 1930s, by the 1950s and 1960s they were already a regularly-seen feature of life in California, especially around college campuses.

As most of California has pretty mild weather, the hoodie is the perfect top to have around. Hoodies layer extremely well over tees and other clothing items, and zip-up hoodies are especially handy for when the weather gets crazy and unpredictable. Today, almost every adult in America has a hoodie, but Californians can’t seem to have enough of them.

Today, the tee is the standard when it comes to tops for both men and women. But it probably wouldn’t have been that way if Hollywood didn’t give it a huge boost.

The ubiquitous T-shirt got its start as a standard undergarment for the American military in the late 19th century. For about half a decade, it was mostly seen as underwear and as disposable clothing for little boys. Army veterans also wore the tee shirt casually, but it just wasn’t something most people could get away with.

However, 1950s Hollywood gave the humble tee its biggest international debut in 1951 when Marlon Brando appeared wearing a tee in A Streetcar Named Desire. The tee then became a counterculture symbol and a statement in and of itself – something that still holds somewhat true almost 70 years later.

Which of these items do you have in your closet? Which would like to have more of? Drop us a line. We’d love to know!