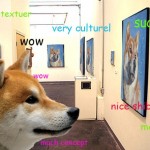 In an earth-shattering new study, scientists broke through new ground on the sophisticated study of tail wagging. This perplexing phenomenon has weighed heavy in the hearts of millions of dogthusiasts who feel a burning sensation to know more about their snugglepups. Behold the emotional complexities of dog. 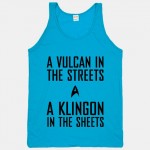 My interest in Star Trek has been pretty fickle: as soon as I got the fire burning the first time I was quickly enamored with Dr. Who (yeah it sucks now, I know). After a few other runs of sci-fi shows and incessant comic book reading, I have come back to Star Trek like eating… Read more » 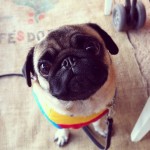 Sure, I like cats, but a lot of times they’re…well… Dogs are forever my thing, and I don’t feel like there are enough pups on the internet. So here are some of the cutest dog pictures I could  find: Let’s start with “mean” “scary” pitbulls Now Spuds McKenzie on drums Check out this guy… Read more » 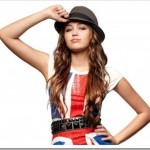 Let me get this straight. I didn’t watch the VMAs. I don’t own a television or ,as I like to call it, “The Sheep Box” where corporations shove their products down your throat while indoctrinating our children to consume, sleep, repeat. I could have walked there because I LIVE IN BROOKLYN but I refuse to… Read more » 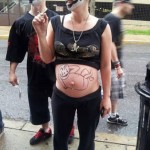 Here is probably the best Juggalo video to come into existence, taken outside of the Marquee Theater in Arizona a few years ago. It’s only got about 6,000 views–and I know 100 of those have to be from me showing every new person I meet 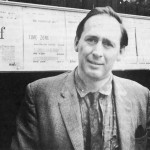 Social media and this whole idea of making a spectacle out of the mundane is not new, it was actually an idea being tossed around in 1977 by sci-fi author JG Ballard. You probably know him as the guy that wrote books such as Crash (later adapted into a film with the help of David Cronenberg), The Atrocity Exhibition, and Empire of the Sun. 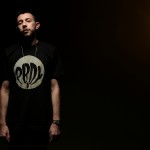