If you’re looking to have the ultimate holiday without spending an arm and a leg, consider visiting around the UK. We’ve mapped out some of our favorite destinations for you, starting with: 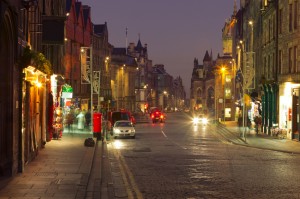 Scotland’s gem, Edinburgh, is the perfect place to experience great history, culture, food, and nightlife–all without staggering prices and big city attitudes. Getting around the city is easy, either jump in a hackney carriage or check out DriveNow car rental at the Edinburgh Airport when you arrive.

Be sure to check out the Edinburgh Castle, Holyrood Palace, Old Town, and all the cool places lost in time.

Heading into Newcastle, you might know exactly what to do in this metropolitan city besides the usual wine and dine. Newcastle offers some unusual attractions such as the Victoria Tunnel, Millenium Bridge, and the Discovery Museum.

The Victoria Tunnel is a preserved 19th century tunnel that was used for transporting coal and was also used as a shelter to protect 9,000 local citizens during the WWII bombings. If being underground isn’t your style, learn about being a Geordie, ancient discoveries, and modern marvels in the Discovery Museum.

If you’re a football fan, there’s no need to explain why you should visit Manchester. Whether you’re headed to a game at the arena or want to check out the Football museum, it’ll surely satisfy.

If sports aren’t really your bag, there’s plenty of rich history in this city, take a look at John Ryland’s library or the Royal Exchange Theatre.

Ah, the most expensive city in the world. While it might hurt your wallet a bit, it definitely won’t break your spirit. Bask in the delights of being in an epicenter of culture, technology, food, nightlife and more.

Museums are plentiful here, so you can be sure to find something that matches your interest. Shopping is also a great adventure, whether you’re into surfing Camden market or heading to Harrod’s. Don’t forget the London Eye!