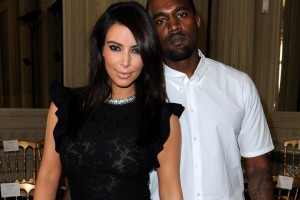 Kanye West and Kim Kardashian are having a baby.

Before you make any gold digger jokes, you’re too late. Literally every supermarket tabloid is exploding off the shelves right now, vomiting forth every possible headline under the sun about this landmark event in history.

I personally think this is a great thing. I realize no wordage in the English language will afford the previous sentiment to read any less sarcastic, but I’m serious. I can honestly think of no other bat shit crazy couple in the public eye that compliments each other so wonderfully as Kanye and Kim.

It’s because Kanye is a head case that he’s been capable of making such great music in the past. Regardless if you’re a fan or not, there’s little denying the man knows his way around a sample. Impregnating the woman most notorious for her sex tape and horrific reality television show was essentially in line with everything else Kanye did beforehand. Is any of this really surprising anyway? Didn’t we get some foreshadowing? In Ye’s own words, ‘Hell Of A Life‘, “I think I just fell in love with a porn star, turn the camera on she a born star.” Dude told us how this was all going down years ago.

Kim probably gets a bad rap as she has burned through her share of professional athletes, having very publically failed relationships with Reggie Bush and Kris Humphries. To some outsiders, having a failed marriage around the age of 30 is evidence enough that there’s something seriously wrong with you. With the sheer amount of fame whoring on her part, it’s relatively safe to make this generalization with Kim.

Ready for a bold prediction? The baby to be will not be crazy, whatsoever. There’s just not enough insanity to go around between the members of the West family. He/she will not be a tabloid super star, at least for over a decade. They’ll just be the type of kid your heart goes out to when you see their father parading around on stage in a leather kilt and abdominal snowman mask. That’s leagues beyond my dad coming to career day to talk about managing a local 711.

Bold prediction number two, Kimye’s relationship will endure. Who in the world could possibly be more perfect for each respective member of this relationship? You guys are insane and it’s totally endearing. Congratulations – and here’s hoping I get invited to the baby shower.