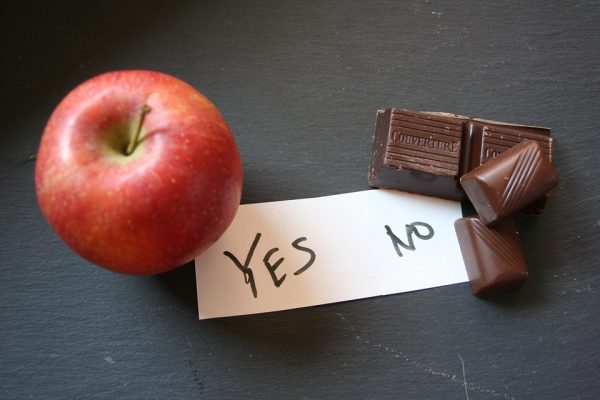 People love to be told what’s hot and what’s not; in or out; twist or shout; trans fats or brain-accelerating juice from a bat. It’s who we are: curious creatures always on the hunt for the hack or piece of esoteric info that’s going to give us the edge in this grand contest we call life.

In response to this fact, there has sprung a whole industry whose game is to label and demarcate what will and will not be useful, energising, soporific when drunk upside down, fat shedding, memory buttressing and sexual-attractiveness rocket booting.

They’re the experts. The diet tipsters and sleep gymnasts. But are they always right? No! In fact, it would make no sense for them to even want always to be right. If they could correctly explain the pros and cons of all things in such a lucid fashion as all on earth became in the know then they’d have only as much work as there were wholly new things. When’s the last time there was a new fruit? Ages ago.

No. Rather the professional do-and-don’t schema generators work on a rotational system. Things are bad – and then they’re good. Don’t eat saturated fats… Unless you want to avoid an early death. There are countless other examples. Most notably, the health benefits of cigarettes and our personal favourite, a Mars a day helps you live work and play.

Sound cynical? Well yes, that’s because we’re lying – we’re actually labelling experts as bad to, ostensibly, help you navigate life. The truth is all things are incredibly complicated, even the humble apple. So, as we unravel the mysteries of the universe, all things necessarily move from good to bad and from healthy to unhealthy – back and forth. But are these classifications always up-to-date? No!

Here are three things you thought were unhealthy that are in fact smashing.

Gamer stereotypes are almost as pejorative as supposed ills video games have wrought on peaceful society, supposedly, with Fox News claiming blockbusters such as GTA are nothing more than mass-murder simulators-come-training kits.

In real life, however, video games have been linked to a host of benefits such as improved memory, problem-solving and fine motor skills. They are an exploit like any other, and as such have their good points and their bad.

Most concretely, gamers can actually make careers out of gaming. There are various ways in which this can be done. First off, there are those internet “influencers” who play video games live on places like Twitch and monetize their viewership. There are also real-money games, such as the ones found on the Mr Green Android app, which includes themed jackpot slots and casino staples such as roulette and blackjack, among others. Then, there’s also the rising trend of eSports – video games played as spectator sports as part of tournaments giving away impressive prizes – for instance, the Super Smash Bros Championships. Can’t say fairer than cash.

As already teased above, the diet industry may yet have to do a 180 on this particular substance. About ten years ago, saturated fats were touted as the new nutritional bogeyman. They were what refined sugar and e-numbers were in the ’90s and 2000s. Then, this bombshell – high intake of saturated fats linked to reduced mortality.

As already teased above, the diet industry may yet have to change its official stance on this particular substance. About 10 years ago, saturated fats were touted as the new nutritional bogeyman.

Saturated fats are found in common meats, butter, cheese, cream and many other foods. A good rule of thumb is if the fat is solid at room temperature then it’s likely a saturated fat. They used to be linked with cholesterol, and with heart disease. However, it has since transpired that the evidence for a link with heart disease is not strong, while we now know that certain types of cholesterol are healthy. To learn more you can get more information about the brand that will help you safely incorporate this into your diet.

Last but not least and by no means uncontentious is stress. But what exactly is stress? Stress is actually a term describing a whole cocktail of chemical responses to certain stimuli – not all of which need be harmful. Recent research from many institutions, including Berkeley, shows, in fact, that managed properly stress may even be used to boost performance.

Adaptive stress – the type we feel when working to a tight deadline – activates the brain’s reward centre and boosts overall health. However, the body’s stress response can easily go the other way. Harmful stress leads to fits of anger, irregular heartbeat and even lapses in cognitive ability.

These three examples demonstrate clearly that things are not always cut-and-dry. So, the next time you’re about to avoid something you’ve been told is unhealthy, consider undertaking some research. You might just rid yourself of the guilt surrounding your favourite vice!