There are two categories that fall under the umbrella of theft in Winnipeg. One is more serious than the other because it involves someone being more malicious and taking advantage of someone who trusts them. 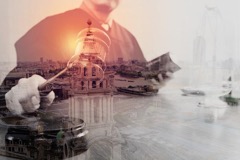 Both theft or fraud and breach of trust theft might be considered “theft,” but they differ in charges and consequences for those who are found guilty of them. If someone is accused of a breach of trust, it means that they knowingly took advantage of someone who entrusted them with something of value.

What constitutes a breach of trust charge?

When someone takes something from someone else, there are times when it is just stealing, and then there are times when it is viewed as a more egregious crime. The distinction between theft fraud and breach of trust is that there was an existing relationship between the person who stole something and the person or entity that the thief stole it from.

Although breach of trust crimes are often ones that are nicknamed “white collar crimes” because they usually involve an employee and employer, there are other kinds of breach of trust thefts.

When someone is accused of stealing from their employer, they face stiffer penalties in Winnipeg than when someone merely steals from an establishment or business. Breach of trust becomes even more serious when it involves security and secrets of the trade that a business or company has because the theft usually occurs in an effort to hurt someone else.

This can destroy a business, and, for this reason, there are punitive charges for breath of trust crimes. To deter other employees from taking advantage of their situation, the people they work for or their employer, breach of trust charges are more serious, so that people aren’t tempted to steal. The punishments set the tone for what to expect.

If you are caught stealing from your employer, there is usually jail time involved.

Since most companies have information related to their consumers, keeping that information safe and out of the hands of an employee who might use it for malicious reasons is highly critical for businesses to survive. The public won’t trust a company that doesn’t keep the public’s personal information secret. That is why the two categories are separate and are punished differently.

Employees who take things like extra pens and paper pads are not going to be charged with a breach of trust theft. Usually, a breach of trust charge involves someone who steals more than $5000 by acting on a previously developed plan.

They typically plan their theft over several months or years, planning how to steal or taking little amounts at a time so that they aren’t noticed. Breach of trust thefts are typically not impulsive acts by an employee, but a systematic way that an employee will engage in theft.

Theft charges that are less than $5000 are usually not as serious as those that are coupled with fraud charges. If you are charged with fraud, which differs from breach of trust, it is a more serious crime that can have someone facing prison time.

Crimes that are under $5000 are things like shoplifting, price-switching or some other impulsive act. If there aren’t fraud charges attached, the existing charges typically do not come with severe consequences.

Breach of trust jail time cases are usually coupled with fraud charges, since there was an intention to misrepresent yourself and your actions with a company, but this isn’t always the case. If you are accused of breach of theft, it is a very serious crime and one that can have you facing jail time.

It is imperative that you hire an attorney to minimize the potential fall out of your reputation, your standing in your community, or even your freedom, if the charges are egregious enough. More serious than just stealing, breach of trust accusations mean that you need to hire an attorney to defend you.