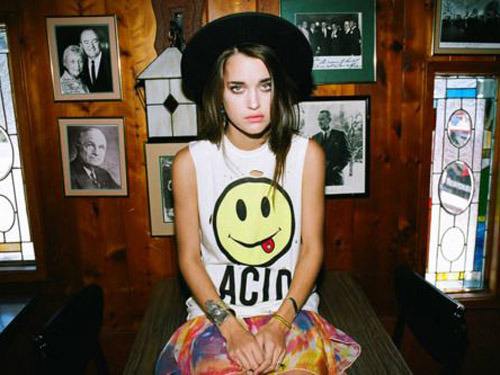 As the age of technology continues to consume every aspect of our lives, we have come  long way in terms of texting, typing, and anything that doesn’t involve an actual pen and paper. Spell check has taken the population of Ppl wHo TxT lik tHis, and turned them into the equivalent of sixth grade C-students, quite the accomplishment. A few years ago, you would never find a hipster sending out emails or statuses with all that riffraff. No–you would find immaculately worded, proper-ass sentences with zero errors, and if for some reason they did slip in a “your” instead of “you’re” they’d be quick to send you a “*you’re” reply faster than Machine Gun Kelly on crack.

Now times have changed, as the masses are becoming more coherent, the hipsters have no choice but to rebel; long live the counter culture, man. Now, instead of sounding like pompous pseudo-intellectuals, the hipsters have moved on to regress back into the days of old, with a new spin.

For your consideration, we have included a few translation of some popular hipster words and terminology:

ermahgerd | Oh my god; based off popular internet meme | “Ehrmagerd, they have PBR on tap!!!”

rly tho | Really, though | “rly tho, the  new animal collective is totes shitty”

trill | true/real/chill | “i just lerned abt angela davis in my cultre 102 class, homegurl is so trill”

Other considerations: the hipster also ads “-sies” on to many words, sometimes taking off some of the last letters: