Over the summer, I was hanging out at Chicago’s infamous whiskey bar Delilah’s when I got into a conversation with a friend’s much older boyfriend. He is a metal purist. You know the type, listens to Slayer, Venom, Napalm Death, etc. He asked me if I listened to metal and I told him that I used to be pretty into the genre. I gave him a few examples of bands I listened to and what proceeded was a two hour lecture about how metal has fallen off and is being ruined by hipster bands that have tossed out all of the conventions of true metal. 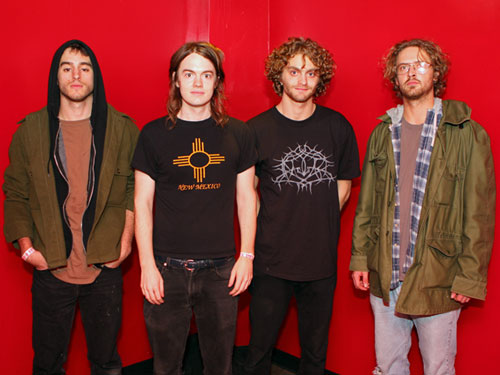 I have never seen such an outpouring of hatred from the metal community than for this “transcendental black metal” group from Brooklyn, New York. The group formed in 2008 and breaks from the black metal canon set up by bands like Venom, Burzum, and Emperor. Liturgy does not wear the black and white face make-up characteristic of black metal bands nor do they don leather bracelets covered in studs or wield claymores on stage. The production quality on their 2011 release is too crisp and clean for any self respecting black-metal enthusiast and the guitar tone is lacking any of the grit you see from other bands within the genre. Worse still, the founder of the band Hunter Hunt-Hendrix has an ego bigger than Kanye West. The lead singer/guitarist claims that Liturgy is last effort to revitalize black metal. He even wrote a manifesto outlining the changes that he plans to make to the genre. 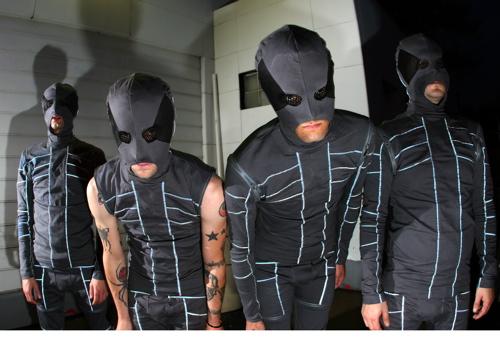 Speaking with one metal fan I mentioned that I liked The Locust, his response was that the experimental grindcore group was “just noise”. I found this ironic because when the really heavy metal bands first hit the scene the general consensus by parents and school teachers alike was that bands like Slayer were also “just noise”. The four piece from San Diego is characterized by short 1-2 minute bursts of frenetic guitar and synth parts paired with pugilistic drum arrangements. The group wear locust costumes and typically perform with all instrumentalists  standing in a line at the front of the stage. I saw them in 2009 with Cattle Decapitation and Daughters, needless to say the crowd for Cattle Decap could not have been more demographically different than the crowd that formed when The Locust took the stage. Some of the hipster ilk even hung out in the bathroom of the venue because Cattle Decapitation was “just too much”.  Hipsters and the “cultured” enjoy The Locust for their stage presence, unquestionable musicianship, and the billions of side projects started by bassist Justin Pearson including Holy Molar, Head Wound City, Swing Kids, Crimson Curse, and Some Girls.

Job For a Cowboy 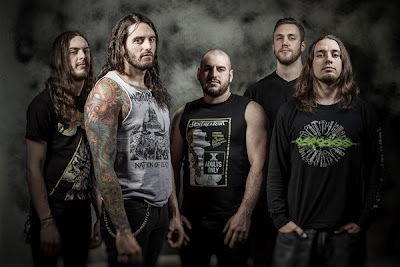 No death metal band has ever been so loved and reviled by the music community. When the Doom EP was released  the Glendale Arizona band gained recognition from the not only the metal community but also the burgeoning emo/scenester crowd that was in full swing in 2005. The group straddles the purist death metal sensibilities that you see in bands like Cannibal Corpse, and metalcore styles that are more prominent within the hipster community. The group breaks one of the cardinal rules of death metal by triggering their drums and using 808’s in their production.  The band has gone through multiple lineup changes with vocalist Jonny Davy the only remaining member of the original five-piece. What started out as a fun response to modern death-metal has devolved into a bastardization of itself. 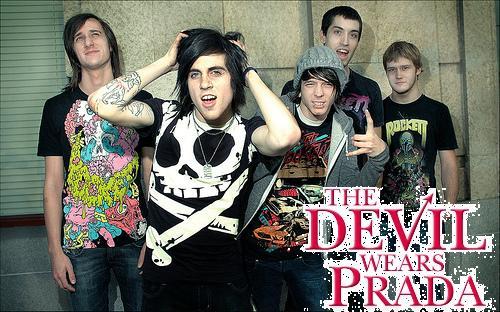 I put The Devil Wears Prada on here as a representation of all the shitty metalcore bands that have sprouted up in recent years. This includes Emmure, Bring Me The Horizon, Born of Osiris, and Atreyu.  If you tell anybody that you listen to metal and then drop one of these bands as an example of your taste, be prepared to get berated for three hours. These bands have all but thrown out any conventions of early metal groups. They use a frat-boy machismo that they squeeze in-between ill conceived breakdowns. Some of these bands are even experimenting with electronica and dubstep styling…ugh. Lyrical content diverges the most from purist metal with bands discussing bad break ups, getting drunk with buddies, and even the lord Jesus Christ.Most of these groups feature a pretty boy lead singer and utilize nasally vocals sung atop screaming. The most laughable line I’ve heard in metal comes from Emmure. “And its sad to say, that I still cry to the Bayside CD everyday. Dont you know that those songs are about you?” Because nothing says hard ass like crying over a pop-punk record.