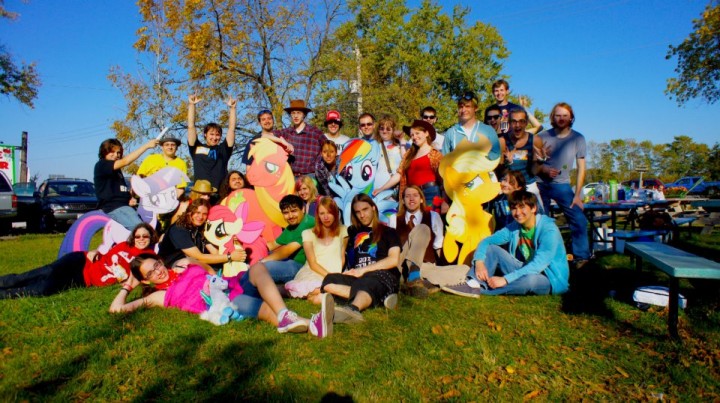 A couple months ago I wrote an article detailing bizarre subcultures in America. One of the communities that made the cut was the fanatical group of adult males who enjoy the children’s series My Little Pony: Friendship is Magic. Needless to say, when I wrote the article I had the same opinion of the group as most of America. Who the hell are these weird guys who are obsessed with My Little Pony? So when a friend of mine told me he had just moved into a house with a full fledged Brony I jumped at the chance to interview the guy. I called the kid up, grabbed a six pack from my favorite local brewery and interviewed Jake Torres, a theater major at Arizona State University and a self described Brony. What I found was not a social deviant but simply a person who enjoys a television show and the positive community that surrounds it. Our conversation is transcribed below.

MT: When did you first watch My Little Pony: Friendship is Magic?

Jake: It actually started off as a joke between me and my old roommate Amber. It was a really boring day so we pulled it up on Netflix, she grabbed a couple beers and we started it off as a drinking game. We watched the first episode and it started off just being funny. It was cheesy at first but then after the first episode we were like we have to watch the second part, and then I said, “Do you want to watch the third one?”

MT: What draws you to MLP?  What do you like about it?

Jake: First, it’s definitely a feel good show. If you are coming home from a bad day or class sucks. You can throw it on and you will feel better. But for me personally?  As a kid growing up, I was always  told that I was too nice for my own good. And for the longest time I grew up as a Disney kid.  When you’re watching those shows you notice no matter how bad things got everything would turn out alright in the end. Through mutual understanding by the two parties, good always wins. You know? Be a nice person and in the end you get rewarded for it. Nowadays,  a lot of TV or cartoons are just distraction tools for kids. Some of them are pretty fun but there is no substance.  What most kept me watching the My Little Pony is that on the grand scale they are not tackling titans or whatever. They are just dealing with day to day things. And whenever there is a problem they always resolve it in the most rational and compassionate sense. Just being honest with somebody about how you feel. I mean these shows are made for kids but even me as a 23-year-old can be like, “yeah, yeah I can see that.”

MT:  Do you sincerely enjoy the show at face value or is it more of an ironic enjoyment?

Jake: I love the show because it  speaks about every day life. I can relate to a lot of things in there and also all the different references. They reference Greek mythology and different movies. But what really drew me to My Little Pony isn’t just the show and the writing itself… which is great. But what really drew me in was the community. Just like any fandom there is a niche or something that defines Bronies different than a lot of others. I enjoy the content that they put out; the artwork and the music. There are covers of songs in the show and a lot of artists create original music, some have even been signed to insomniac records. The community itself is what makes a brony a brony.

MT: Does the community embrace the term Brony?

Jake: Oh yeah they embrace it seven-fold. They even have a term for girls, they’re called pegasisters.

MT: Where did the term Brony come from?

Jake: The genesis of the term brony probably came from 4chan. After I started watching the show and I thought “wow, I actually like this” I wanted to learn more so I went on the internet.  I need to know why I like this. What is going on behind the scenes or why is this a big sensation on the internet. I went on to YouTube and there was tons of Brony related stuff. There was a story on Fox News…bashing it… as Fox News does. Then there was this video,  “Bronies, changing what it means to be masculine.” Until then I didn’t realize that there was this whole subculture that had already been alive for like a year and a half. I heard that it all started on 4chan. It was getting this huge hype because there was this long ongoing argument and on 4chan nothing is sacred. The thing is, all of the bronies, instead of lashing out against the people hating on Friendship is Magic, they were just like, “Ok you’re entitled to your own opinion” and it got the point where 4chan actually banned all pony related topics for like a year. And  4chan doesn’t ban anything.

Jake:  The community is a bunch of like-minded individuals who instead of trying to look in the world in a cynical way, look at the world and say well how can I actually do some good. Which is kind a counter mindset to modern society which is all about me, me, me. There are numerous charities and stuff that bronies and brony music artists on YouTube have supported. I think like $16,000  was donated for different causes in Africa, and also its almost the sense of pride without being ironic. At first it was almost ironic and now the target demographic has changed to guys in high school, college and beyond that really like the show and even Lauren Faust did not expect that at all. The community is very much about helping each other out and causes. Being there for one another. The sense of comradery almost came out of the deviancy and taboo labeling that Bronies initially got.

MT: How do people react when you tell them you are a Brony?

Jake: I’m pretty upfront about it. I like what I like and I’m not going to be ashamed. I’m not going to try and hide it. It’s a part of what makes me, me. When people laugh I just say, “Well, I like it. It’s a good show, it has good writing, good music, and a great fanbase.” I don’t understand why that’s weird. Maybe because it doesn’t have traditional “man things” like dirt bikes or monster trucks. A lot of people don’t realize that the fanbase isn’t just people on the internet. There are people in military, musicians and professional writers who enjoy the show.

MT: Did you play with My Little Pony as a kid?

MT: Is there are any sexual aspect to Bronyism?

MT: Do you have a favorite pony?

Jake: I do, I like Pinkie Pie mainly because I can relate to that character more than any other.  Pinkie Pie keeps an optimistic mind about everything and whenever things go wrong she just tries to make other people laugh.   I love making people laugh. A lot of happiness comes from making somebody laugh and makes me happy. Being goofy is a part of personality. If I didn’t have to pick Pinkie I would have to pick Derpy. Derpy isn’t a part of the main cast. It was made as a joke by the animators it’s a pony showing the derp face. 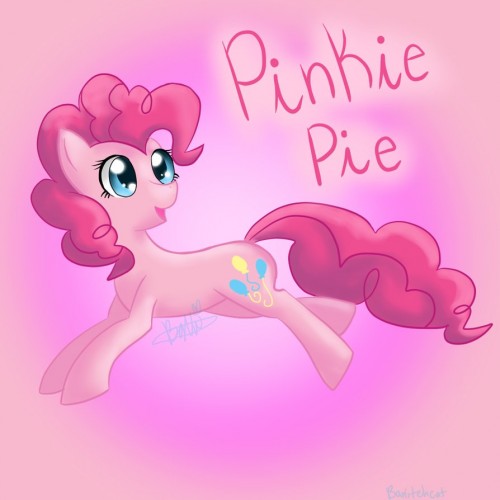 MT: Do you enjoy any TV or movies that are the opposite of My Little Pony?

Jake: I love Band of Brothers, I watched war movies with my dad. I love Quentin Tarantino and The Boondock Saints. There isn’t a whole lot of things I don’t like. I’m a big fan of horror movies.

Jake: Give the show a shot. I mean, what’s the worst that’s going to happen? You don’t like it? Cool. But if you do like it there is a huge community on the internet that is going to welcome you with open arms. There is a lot more to the idea of Friendship is Magic and what a Brony is than just the face-value of the show.  Everything you could want is on the internet, whether it’s drawings, artwork, stories, or music there is something about Friendship is Magic that is there for everyone. There is something that everyone can relate to or appreciate in any sort of sense. Whether you are a kid or an older person. It’s a really cool thing.

Ninja Edit: Jake just sent me this study on social deviancy that answers a lot of questions about the brony culture.

One Response to “I Sat Down With A Brony”