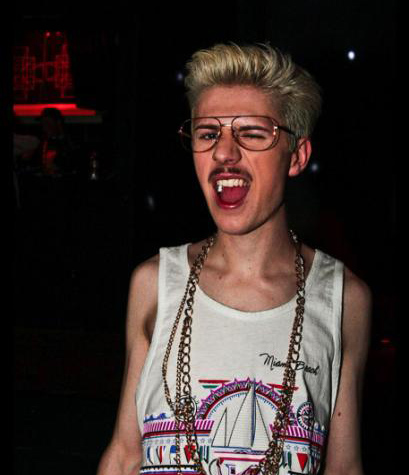 Let me get this straight. I didn’t watch the VMAs. I don’t own a television or ,as I like to call it, “The Sheep Box” where corporations shove their products down your throat while indoctrinating our children to consume, sleep, repeat. I could have walked there because I LIVE IN BROOKLYN but I refuse to participate in any corporate philandering.

That being said,  I was using my Apple MacBook and perusing through Facebook and Twitter the past couple days and all I’m seeing are people gabbing about Miley (Disney Puppet) Cyrus’ provocative performance at this year’s Moon Man awards. I am fed up! I mean seriously, who cares about Miley Cyrus or the fact that she was twerking up against Robin Thicke? Why are we even talking about this? I have nothing but disdain for people who take celebrity worship to this level, so I decided to write an entire article devoted to how I am above all the people who are chastising Miley’s performance.

What better way to show that I don’t care about Miley, Bieber, Robin Thicke or any celebrities than devoting hours of my time to publicly mock them on this website?

The first thing I don’t care about is how explicitly sexual Miley was during her performance. I’ve watched it about six times just to show all my friends how stupid it is and I have also made funny mash up photos to exemplify how frivolous I think this “news” story is. 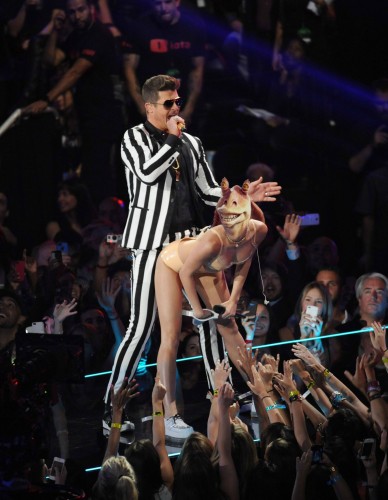 Photoshop skills I picked up at Tisch

It’s ridiculous that people think that Miley is a bad role model for their children. I showed this video to my 3-year-old son, Sir Kingston, so he could see what type of woman he shouldn’t date… but then I told him that it’s okay to be sexually open in this 21st century. My life partner, Cheri, and I have already explained sex to our kids and showed them their conception videos. We don’t believe in God and neither should you, so exposing our children to graphic sex is fine. If you don’t like Miley Cyrus videos don’t watch them, like me.

The second thing I don’t  care about is whether or not Miley was being racist when she twerked on stage. Some have argued that Miley is “appropriating” black culture by using dance moves that originated in black communities throughout the U.S. This is so asinine. Who cares. A lot of my friends (fans/admirers) on Facebook have been upset about this, I usually just comment, “This is so trivial, do you even know what’s going on in Syria?” 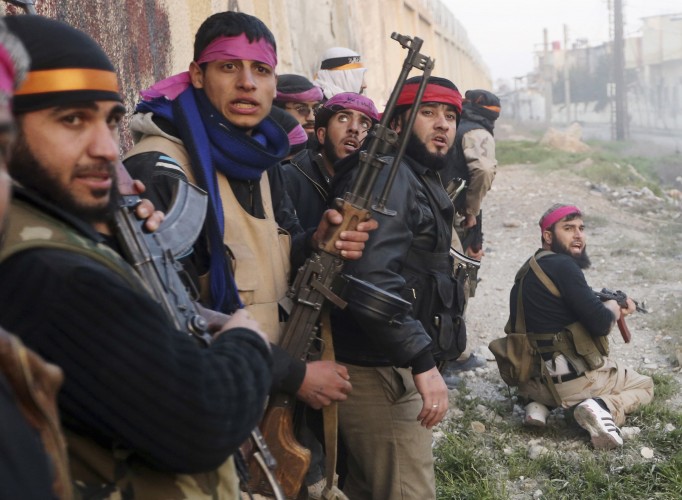 That’s right Syria. Do you know what’s going in Syria? We should all be concerned with Syria because bad things are happening there. Why was Miley Cyrus on the front page of CNN’s website when Syria is happening. I am personally concerned about the current state of affairs in Syria because things are bad there. Syria. Think about Syria.