With festival season in full swing and the EDM scene taking off there are bound to be mobs of people you will consistently see at every show you attend. If you’re as big of a dance music fan as I am, you’ll be quite familiar with this list of fine individuals that just don’t give a fuck. 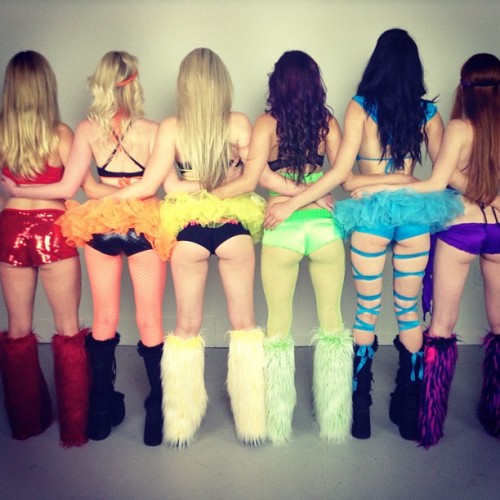 Not many people know this, but PLUR is actually a popular acronym used throughout the EDM community that stands for: Peace, Love, Unity, Respect. That’s exactly what I think of when I see the PLUR girls strutting their stuff around a show or festival. Decked out in furry boots, fishnet stockings, and their bras and panties, these girls don’t want to do anything but dance. No, seriously. Don’t let these scantily clad ladies give you the wrong impression. They DO NOT want to dance with you. Believe me, I’ve tried. Why would you even think of looking at a girl who decided to wear her underwear in public!? 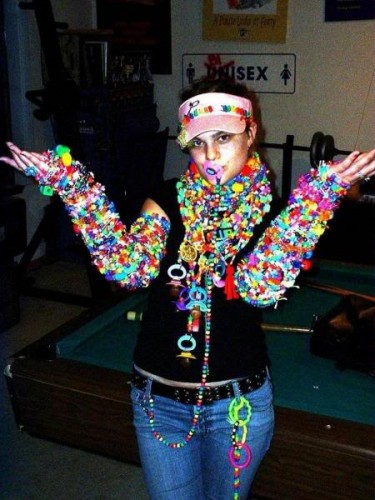 If you’ve ever been to any kind of electronic show, you’ve seen these kids. Adorned with chunky bracelets and necklaces called kandi (if you’re unfamiliar), these kids LOVE raves. I’m not talking about the hip EDM shows where everyone knows the artists, I’m talking about ANY rave: warehouse raves, all ages raves, high school raves, desert raves, micro raves, space raves, butter raves, blind raves, hemophilia benefit raves… you get the picture. There’s also a very specific way the Kandi Kids trade their pieces of kandi with other Kandi Kids… I’ve never been able to get it right therefor was never accepted into the Kandi Kid Klan. The KKK. 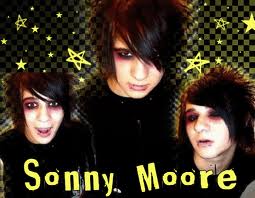 OKAY! We get it. Skrillex exists. He’s a Grammy Award winning artist and that’s great. Some people hate Skrillex, some people can tolerate him, but there are some people who will NEVER STOP PLAYING HIS MUSIC. I love Skrillex. I think he’s a cool dude. But Jesus. Isn’t the point of going to EDM shows to hear new artists, dance, and have fun? This is the guy who knows everything about Skrillex (“HIS REAL NAME IS SONNY!”) and wants you to know that he knows. 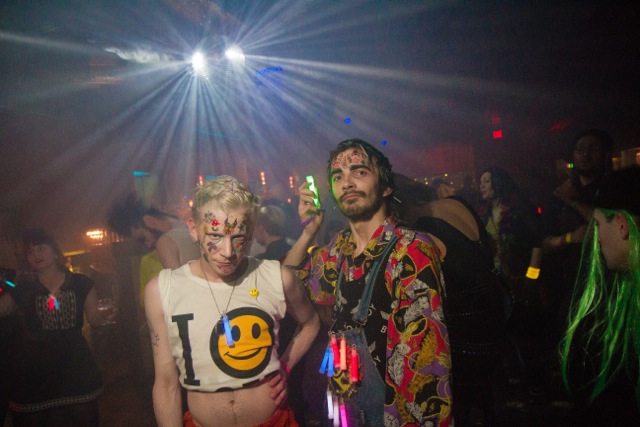 Poor thing. This is the guy who doesn’t realize how much EDM has grown in the past 20 years. He has either consumed enough drugs to make him not realize the 90’s are over or he simply does not care. I’m going to say a combination of the two. He will also only refer to himself as his Rave Name. “Snugglez, E-Mazing, Rain Bow, and Dopey” are some of my favorites. The cool thing about this guy is that he almost NEVER stops dancing. That takes dedication.

The Security Guard that Hates EDM 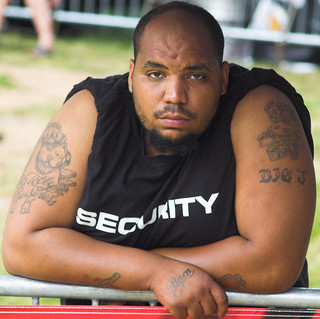 Seen at most concerts, the Rent-A-Cop security guard is most likely in attendance at any EDM show you’d go to. Standing between the stage and the crowd, this dude hates electronic music and everything associated with it. He’s getting paid (poorly) to stand in front of screaming fans who have no respect for a guy just doing his job. This EDM concert-goer is there against his will and is thinking about how he should have taken the night off every 12 hours of this miserable festival. Watch him exchange empty stares with festival patrons as they tell him how exciting artists he’s never heard of will be as he pats down their junk — you can see his soul slowly breaking.

This person is only at the show because his friend had a free ticket. He doesn’t know a single artist let alone what electronic dance music even is. Despite all of this, he happily pumps his fist to the bumping bass and smiles a reassuring smile whenever his friend turns around to say, “Isn’t this great!?” You have to commend this person for his patience. The only thing he really wants to do is go home and listen to Local Natives and fall asleep. After the show, when his friends ask who he liked the most, he will most likely say, “that one guy with that one drop…?” to which his friends will agree without hesitation.

The Girl Who Lost All Her Friends 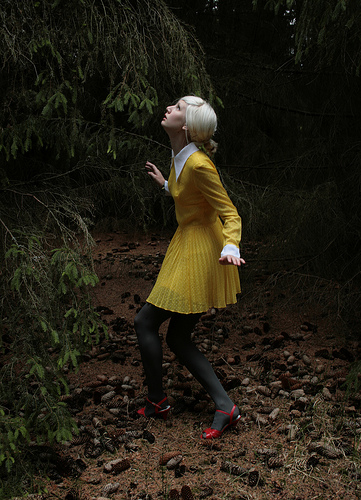 Heard from across the festival screaming something like, “BECKY!? STACEY!? AMANDA!? WHERE THE FUCK ARE YOU GUYS!?”, this girl can be seen at almost any concert. It’s usually her own fault, too. Either she got too drunk and stumbled around the festival with some strange man she just met, or she’s so annoying her friends decided to lose her in the crowd. Her phone is broken and so is her spirit. What ever you do, do not let this chick use your phone to call her friends. She’ll dial the wrong number multiple times and anchor you into her pitiful pit of loneliness. She’s usually not even that cute. 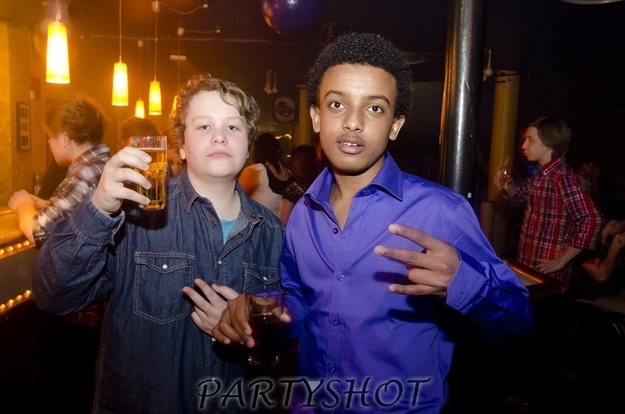 Most likely a Kandi Kid, these festival attendees are either girls who wear too much make up or guys wearing one of those Cookie Monster or Elmo shirts. What are those, anyway? These kids can also fall into the #1 Skrillex category, unless they’re just an all around Dubstep fan. They definitely did not pay for their ticket and they will definitely get in your way. Don’t ask them how old they are. It will only make you feel like a total creep.

When leaving your EDM show of choice, you will always see this guy standing outside of the venue waiting for groups of sweating dancers to mob his coolers and pay him out the ass for a water bottle. I don’t blame him, honestly. Whenever I leave a show the first thing I want to grab is a cold bottle of water. I’ve even see a guy pay $15 to let the vendor allow him to submerge his head into his cooler in order to cool off. The guy told him to make it $20 and to make it fast. It was one of the most wonderful transactions I’ve ever seen. 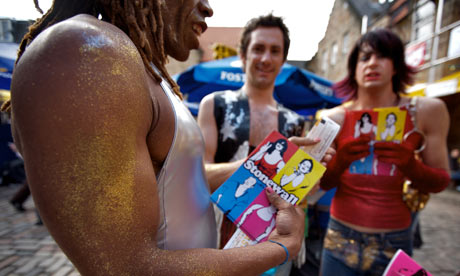 Another group of people you normally see when leaving a show is the annoying group of guys screaming and handing you fliers for the next rave: “DJ Scrib Scrub and The Red Barron live at the Blues Room this Saturday!” “Monster Dubstep Jam Cram at the Nut House on Tuesday, ya gotta come out!” “Epic Electric Laser Show — All Ages!” It takes every fiber of your being not to punch this dudes in the face or slice their necks with the shitty post cards they’ve just handed you. That might just be me.