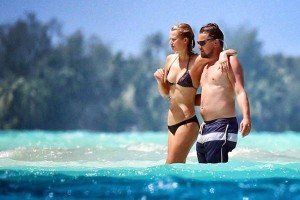 The latest trend has caught the attention of many women. The dad bod is the latest look on the beach and the ladies do not have a problem with it. The dad bod is said to be a nice balance between a beer gut and working out. A lot of top name celebrities are also rocking this look.

Leonardo Dicaprio, Seth Rogan and Johnny Depp are just a few of the hottest celebrities who have a dad bod. Women are finding this look sexier than ever. Maybe it is because celebrities are looking like this and acting extremely confident in their skin or maybe women don’t want their men to be in better shape than they are. Whatever the reason, it makes life easier on men. Now men do not have to worry about hitting the gym too hard before the summer. Even if you have a little gut, women are going to be digging it. 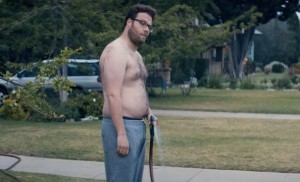 Some recent studies have reported that women say that when a man is sporting a dad bod, it makes them seem more fun and laid back. Women are really attractive to a good personality and men with dad bods usually have that. Looks aren’t everything, but if you have dad bod, or not, make sure to stay away from the man bun, studies show that women do not like that trend.