A lawsuit was filed in Washington against Ben Carson and the Department of Housing and Urban Development (HUD) over the decision to suspend a rule put forth during the Obama administration that was intended to ensure that housing segregation in certain communities receiving federal funds was addressed. 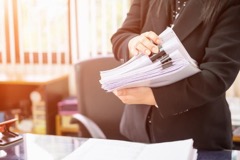 When Carson announced at the beginning of the year that many of those counties and cities that were currently receiving federal aid wouldn’t be required to submit data about their HUD plans for segregation or data analysis, opponents were shocked.

In 2015, the Obama administration developed a requirement that the 1,200 HUD grants only be disbursed to communities that developed plans to address discrimination and segregation for housing. If those jurisdictions did not submit a plan or the plan was insufficient as deemed by HUD, the cities would risk losing their funding. The plan that they were required to hand in was called an Assessment of Fair Housing (AFH).

In January, HUD announced that they would immediately stop looking over any plans that were already handed in and that the jurisdictions receiving the grant money would no longer have to turn in a Fair Housing Assessment in order to receive funds.

The reason for this decision came after many of the jurisdictions indicted that doing the assessment was putting an undue hardship on their already overworked and overstressed operations. Last year alone, of the 49 assessments turned in, a third were sent back for revisions because they were inadequate.

Though speculation has started to circulate, HUD maintains that it canceled the requirement specifically because it found that the assessment was not beneficial to planning and the system simply didn’t work. More than a third of the people who received funding weren’t even able to turn in the assessment (or an acceptable one, at least) by the deadline. The cities simply didn’t have the internal tools to effectively handle that type of undertaking.

Carson, who had a bid for the presidency in 2016, insists that the program was a type of “social engineering” that was unnecessary and ineffectual at targeting the problem of segregation.

A Washington administrative law attorney spokesperson for the action against Carson and HUD commented that by doing away with the need for submission of an AFH, jurisdictions would no longer be held accountable, which means that the systematic ways in which housing perpetuates segregation will be allowed to continue indefinitely.

A judge last year already blocked Carson’s attempt at suspending a regulation put into action by Obama that would estimate how much a zip code should receive in money vouchers for housing instead of sectioning off metropolitan areas, which was the practice in the past. With the new development, there is hope that Carson’s new attempt to halt assessments will, likewise, be thwarted in court.

Those who believe that the analysis was a worthwhile use of resources say that by assessing what was going on a community, there could be the chance to effectively discuss things like segregation. The assessments were great ways to examine how housing affects race and to try to eliminate the hurdles that leave certain communities segregated.

Not thinking outside the box or continuing to operate in the old ways is not working, which is why segregation is so prevalent in many areas around the nation

The hope of the original rule was to set money aside for those jurisdictions who were willing to have an honest discussion about how to overcome adversity and discrimination which disallows certain socioeconomic classes and races from breaking the barrier of poverty. By granting only those communities who were trying to do things differently, the hope was that change would happen and spread.

A Carson led agency, however, feels as if these actions are nothing more than a waste of funds and time. They assert that the Obama-era policy puts undue hardship on communities that could use resources to help to fight poverty. Having the money go to analyzing the problem instead of throwing resources into fixing it, they assert, doesn’t really make much sense. For now, the Fair Housing Assessment requirement is on hold pending the court’s ruling, but only time will tell which way the court’s decision will swing.